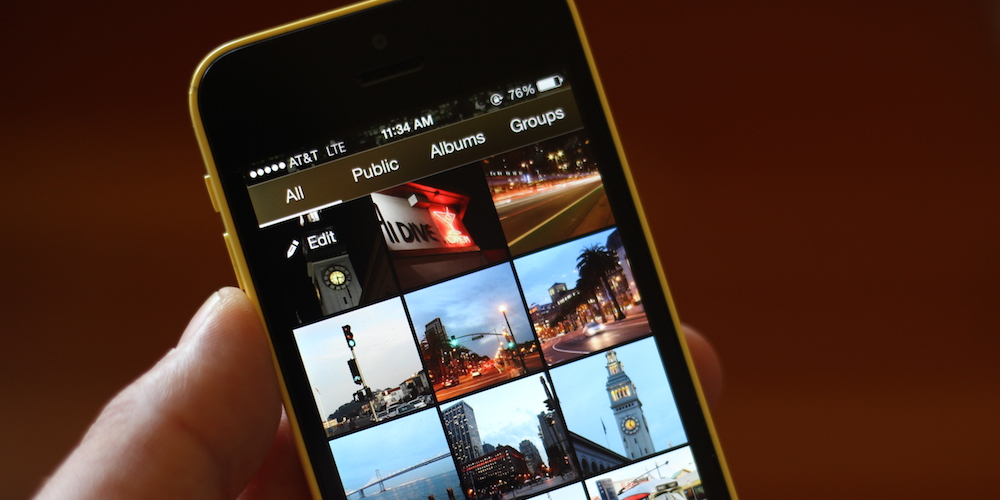 If there’s one good thing that’s come out of Marissa Mayer’s stewardship of Yahoo, it’s the rebirth of Flickr. Last year’s website overhaul combined with a major mobile push has made the photo sharing site worth a second look, and version 3.0 of Flickr’s mobile app helps keep the momentum going.

The newly released Flickr 3.0 app brings with it a whole new look that incorporates elements of Flickr’s updated website and feels right at home on iOS 7. The app has minimal navigation, with only a toolbar at the top and one at the bottom. The rest of your app is devoted to photos, with any text taking a back seat to images.

The bottom toolbar serves as the app’s main navigation, and it has three buttons: One for the browser screen, one for the camera, and one for your profile. Much like the Flickr website, the main browser screen shows recent photos from the people who you follow on Flickr, as well as recommendations from Flickr.

The top of the browser screen features a search box, along with a compass-like icon that takes you to the Explore screen, where you can browse a random selection of photos from other Flickr users (be careful; you might lose yourself browsing through some of the photos).

When you Tap on a photo to view it, you can zoom in and pan as you normally would, and you can get at all the metadata for a given photo. You can even mark a photo as a favorite, comment on a photo, and share it—basically, everything you can do through Flickr.com.

Taking a photo through the Flickr app works as you might expect, but unlike the iOS Camera app, Flickr’s app it also includes a full suite of editing tools, ranging from a one-tap enhance feature, cropping tools, color and white balance adjustment tools, levels, filters…you get the idea. You can also upload your photos directly to Flickr, and it works reasonably well, judging from my as-yet limited hands-on time.

One notable omission, however, is HDR mode: If you want to take an HDR photo, you still need to go through the iOS Camera app.

The app feels quick and responsive on my iPhone 5c, with no noticeable lag, and loading images is quick and painless on a 4G LTE connection. That said, I did experience a seemingly random crash at one point—I’m still not sure what triggered it.

By and large, though, Flickr 3.0 is a nice upgrade to an already solid app, and is worth a try if you’re a Flickr user.