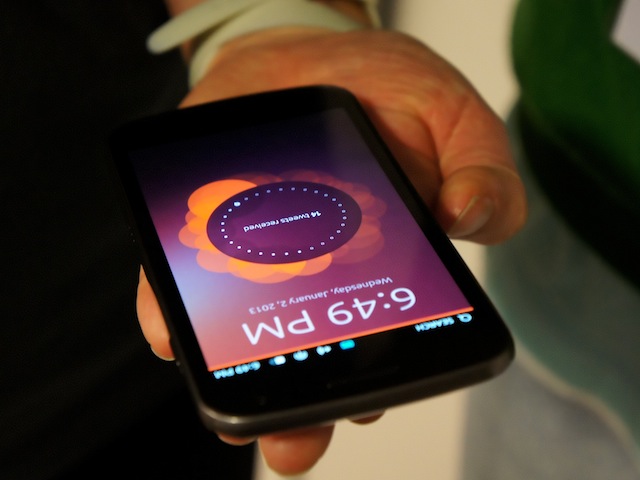 Ubuntu is one of the newest operating systems ready to make its debut in the mobile business, hoping to vie for third place behind iOS and Android. The public will have to wait until October 2013 to actually get their hands on the Ubuntu phone, while app developers are expected to have access to it in the next month.

It’s a tight race between Microsoft and Blackberry to see who will take third place, but Ubuntu’s entrance could certainly shake things up. The Ubuntu smartphone, announced a few weeks ago, will let users enjoy pretty much the same Linux experiences across devices, including regular computers or mobile devices that can run Ubuntu.

Canonical noted during its initial presentation that Ubuntu can be installed on a number of devices that currently run Android, but didn’t announce any hardware of its own. But don’t confuse the Ubuntu phone with the Ubuntu for Android app, which is an app that runs on Android devices and the Ubuntu phone is a standalone mobile OS.

The first Ubuntu phone builds for the Galaxy Nexus, which has often been used to show off the Ubuntu phone, will be available in February for developers

CEO of Canonical, Mark Shuttleworth, said the “new phone operating system will be available in two large geographic markets in October,” but didn’t specify whether North America would be part of this initial launch, despite saying it is “absolutely a key market for Ubuntu.”

Shuttleworth also revealed that the Ubuntu phone “has drawn interest from carriers as well, many of which are eager to break up the smartphone market hegemony of Apple and Google.”

It will certainly be interesting to see if the Ubuntu phone will make a significant impact on the mobile market, and whether or not it can push Microsoft and Blackberry out of third place when it becomes available in October.