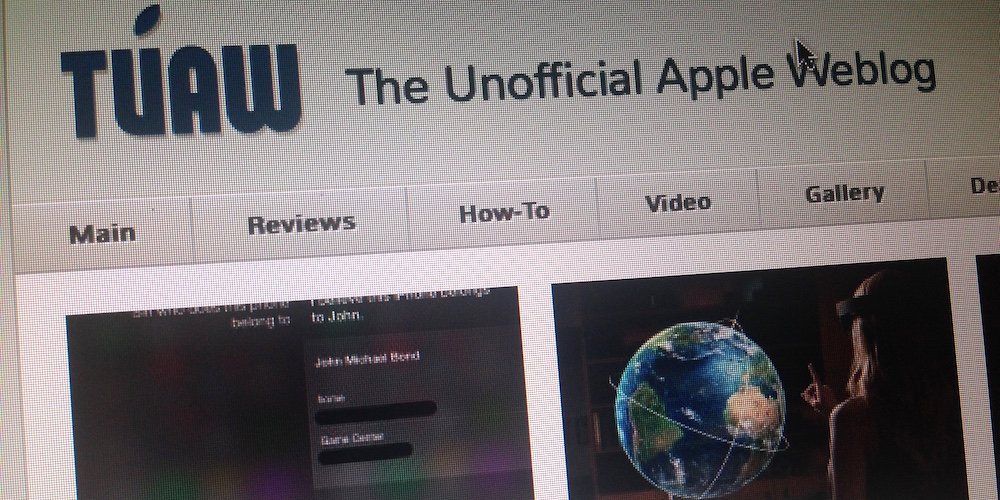 It’s been a rough few months for the Apple media scene. First, in September, Macworld ended its print run after over 30 years, although it continues online (Full disclosure: I am a former IDG employee and a current freelance contributor to several IDG publications, including Macworld). Earlier this month, the UK-based MacUser magazine folded. Now?AOL has decided to shutter The Unofficial Apple Weblog—better known as TUAW.

According to a post by TUAW Features Editor Steven Sande, the venerable Apple-focused blog—along with its sister site, the gaming blog Joystiq—will publish its final posts on Tuesday, February 3. The shutdowns are part of a broader reorganization on AOL’s part: According to Sande, “[AOL] is doubling down on all of the large properties, and the resources—however meager—being expended on sites like TUAW and Joystiq are being reallocated to fuel that big machine.”

The media industry is tough, and countless blogs and tech piblications have come and gone over the years. Through all that, TUAW has been a mainstay in Apple circles. It’s been there ever since I started as an amateur tech blogger way back in 2004, and it was one of my first go-to tech blogs. I don’t visit it as much as I used to but I’ll miss its presence. Godspeed, TUAW staff; here’s to your next thing.