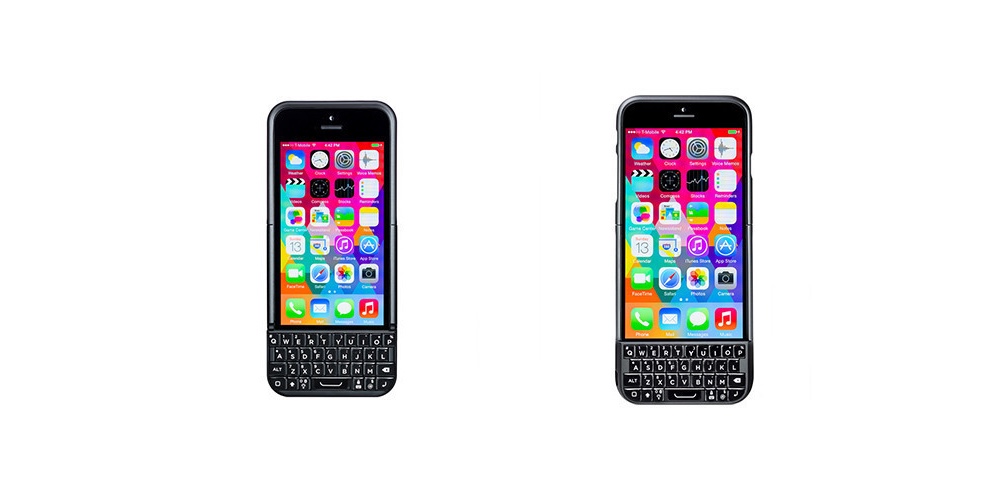 I swear, Ryan Seacrest can’t catch a break. First, he has to host American Idol, which may be reason enough to pity him. And then BlackBerry goes and sues Typo, his iPhone keyboard startup, not once, but twice. Because what else is BlackBerry going to do?

According to The Hollywood Reporter, BlackBerry filed suit against Typo on Monday, alleging that the second-generation Typo keyboard—branded as the Typo2— infringes on its patents and looks too much like the keyboards on BlackBerry’s devices. BlackBerry is seeking “all kinds of damages, including another injunction,” the Hollywood Reporter notes.

All this over a keyboard.

BlackBerry originally sued Typo in January 2014, and alleged then as it does now that Typo ripped off its keyboard design and patents. And sure enough, the original Typo looked an awful lot like the keyboard on the BlackBerry Bold, complete with metallic strips between the keyboard rows and a similar design to the keys. In March 2014, a US Federal Court halted sales of the Typo, and earlier this month, Typo was ordered to pay $860,000 in damages, according to MacRumors.

The Typo2 looks a bit different from the original and is somewhat more generic in its design, but apparently it wasn’t enough of a change for BlackBerry’s tastes.

The Hollywood Reporter notes that the two companies were to “engage in mediation” Tuesday morning, but we don’t yet know if anything came from the discussions, so what happens next is anyone’s guess. Stay tuned.