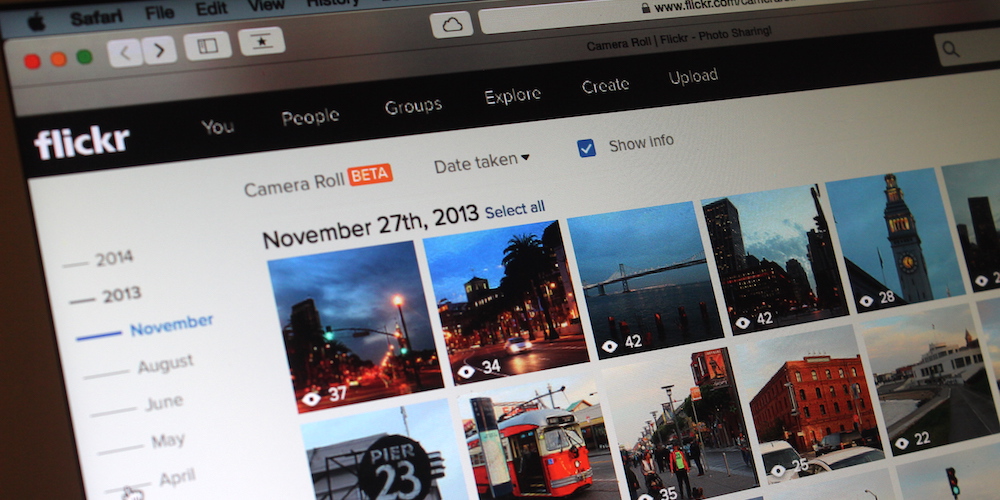 Last Friday, PetaPixel reported that Flickr has added a new way to browse and manage your photos, which it calls the Camera Roll. You might find the name a little confusing if you’re an iOS user—it looks more like the Moments view in Apple’s Photos app than the Camera Roll. But naming aside, Flickr’s Camera Roll, currently in “beta,” is a welcome addition and a handy way to manage your account. Since it’s still a beta feature, PetaPixel notes, it might not be available to everyone just yet. To see if you have it, sign in to Flickr with your account then head to flickr.com/cameraroll. If you don’t have it yet, you may need to wait a while longer.

Navigating the Camera Roll is simple and intuitive. It groups photos by the date you took them by default, though you can group them by the date you posted instead. Along the left-hand side of the window is a timeline that lets you quickly jump to photos taken or posted in a given year or month: It reminds me a little of Time Machine’s  scrollable timeline along its edge, only it doesn’t have the zooming effect.

Mouse over a photo, and you’ll get a double-arrow icon that lets you view that photo’s page in a new window—it works, but a lightbox-style overlay for previewing images would make the Camera Roll feel more polished.

To select photos, click them, or click and drag to get a Mac-style selection rectangle. Once you select photos, you change their privacy settings, batch-edit photo metadata, add them to an album, or remove them from your photostream. It’s a clean, easy-to-use interface, and works well in my experience.

The Camera Roll is still pretty basic in what it can do, but I already see how Flickr could expand upon it, or use a similar interface elsewhere. Add in some basic editing tools, a way to view your photos by album, and a way to quickly share photos from the Camera Roll, and you have a solid Web-based photo management tool.

The Camera Roll feature is still in beta, so there’s a chance Flickr will add to it over time. It has promise, and I hope the powers that be at Flickr find a way to build off of what they’ve got and maximize the Camera Roll’s potential.