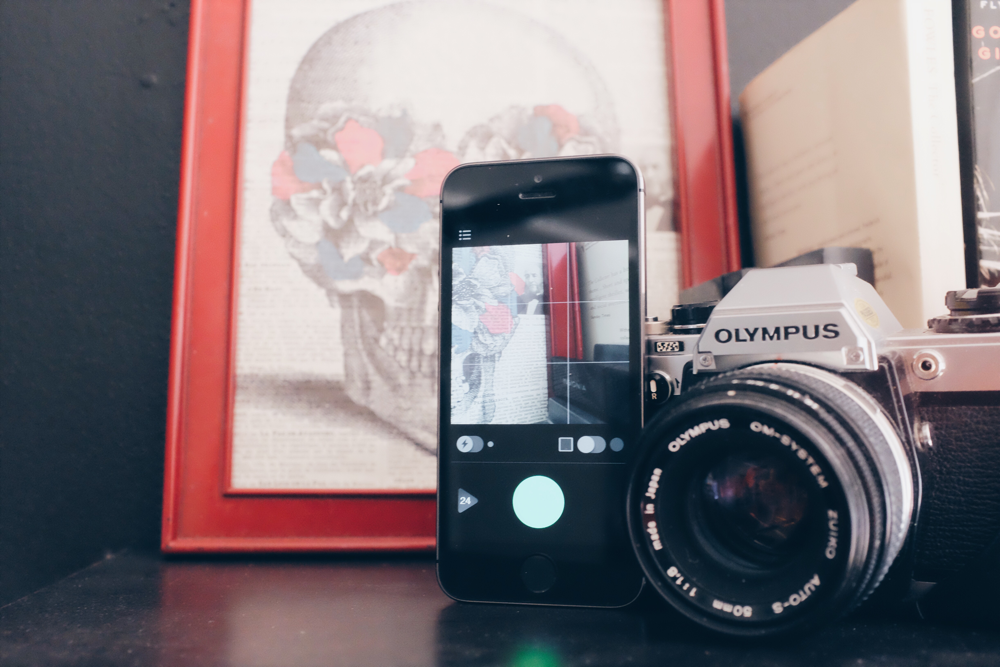 The idea speaks to me: As my major in college, I fell in love with the experience of film photography. The palpable pleasures of a darkroom. The vast choices—what filters replicate today—in film emulsions. The constraints of photographing with a limited number of exposures that you can’t preview on an LCD, obliging a more deliberate approach from the spray and pray approach digital cameras encourage. Having something to hold in your hands at the end of it.

Nothing helped me learn or enjoy the science of photography as much as the trial and error process of film. So when I heard about WhiteAlbum, I couldn’t help but get excited.

WhiteAlbum is a camera app that lets you tap your screen 24 times to create an equal number of square or circle images. The app then offers to print those images and ship them to you, worldwide, for $20. That’s it. You can’t see the pictures once you’ve taken them. You can’t edit them. There are no filters. They don’t appear in your camera roll. Shoot and print. Then start over. The copy on their website reads, “it’s like a disposable camera… but better”.

I don’t mind the nostalgia pandering that WhiteAlbum is up to. It’s a fun proposition…except disposable cameras are the wrong experience to echo. No one’s ever enjoyed using disposable cameras; you use them out of necessity. They’re for photography in a pinch, e.g., for I-forgot-my-camera-at-home-on-our-way-to-vacation scenarios or for cheap selfies of your wedding guests.

Disposable cameras have crappy lenses, underpowered cameraphone flashes, and film stock that’s the photographic equivalent of elevator music—multipurpose, unobjectionable, and uninspiring all at once. I’m not even sure why I’m talking about disposable cameras in the present tense right now.

See Also: How to Recover Deleted Photos on iPhone?

The pleasure and utility of film photography is found in the balance between restriction and control. It’s supposed to force you to reflect and act deliberately. But WhiteAlbum takes too much away: I’d rather it model itself after film SLRs instead. Keep the frame limit and lack of preview, but let me control the focus and exposure points so I can experiment with light and focal length. We don’t need a plethora of filter options, but even an option to shoot in black and white seems like a basic omission. WhiteAlbum forgets about allowing for creativity.

As available today, it’s hard to see a $20 disposable camera emulator as something you’d want to use past the initial novelty. Even a small selection of options would make WhiteAlbum more desirable to use beyond its surface gimmick, and would have real value as a wholly unique click-and-print photography experience on your iPhone. One you might actually want to revisit.