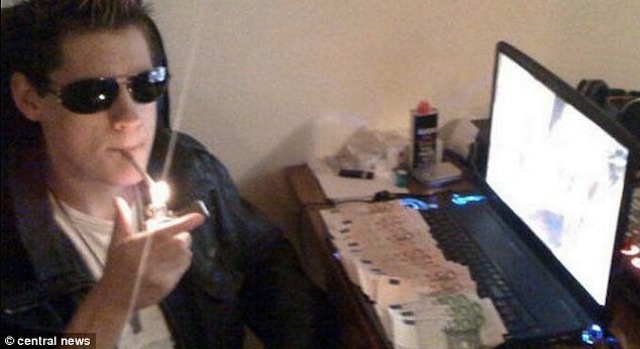 Twenty-one-year-old Nicholas Webber is one of Britain’s most notorious cyber criminals. He’s serving five years in prison for running a multi-million-pound criminal website called called GhostMarket. While serving his time, Webber was somehow allowed into a prison IT class, and he subsequently hacked the prison computers.

GhostMarket, with 8,000 members worldwide, gave tips on how to create computer viruses, harvest credit card data and use it to pay for goods on eBay, and also offered to sell details of 100,000 stolen credit cards. Webber was arrested after using fraudulent credit card details to pay for a penthouse suite at the Hilton Hotel in Park Lane, Central London.

The prison incident actually occurred in 2011, but is only being revealed to the public because the teacher running the class that Webber was in is suing the college that employed him for unfair dismissal after the incident with Webber.

Michael Fox, the IT class teacher, claims he didn’t even know Webber was a hacker. As a result of Webber’s hacking the prison computers, the prison banned him, other prisons were sent a note saying his talents were allegedly imperfect, and Kensington and Chelsea College laid him off.

A spokesman for the prison, Her Majesty’s Prison Isis, located in South London, told the Daily Mail: “At the time of this incident in 2011 the educational computer system at HMP Isis was a closed network. No access to personal information or wider access to the internet or other prison systems would have been possible.”

On Friday, Fox told an employment tribunal that “the perceived problem was there was a tutor who had been excluded by the prison and charged with allowing a hacking exert to hack into the prison’s mainframe.”