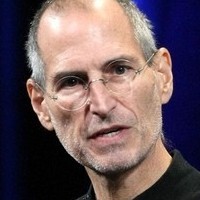 Are you obsessed with Apple, Inc.? What about Steve Jobs? Apparently Forbes.com thinks that Steven Jobs is worthy of his own little slice of the site. Interestingly enough, they track his net worth, which comes in at $5.5 billion in 2010, despite the year is not even close to being over.

If you’re unfamiliar with the Forbes billionaire profile pages, you should know that they also provide a timeline of coverage regarding the person in question, as well as up to the hour information from around the news world and blogosphere.

You even get the luxury of knowing how stalkerish Forbes.com is with Jobs. Apparently in the last six days Forbes has had nine articles about Apple. Pretty interesting stuff, but somehow I doubt that many people will be going to a Forbes website to find aggregated news from around the internet. Just sayin’.

Hat Tip to Salli-Denise Smith for sending this one in to us. :)