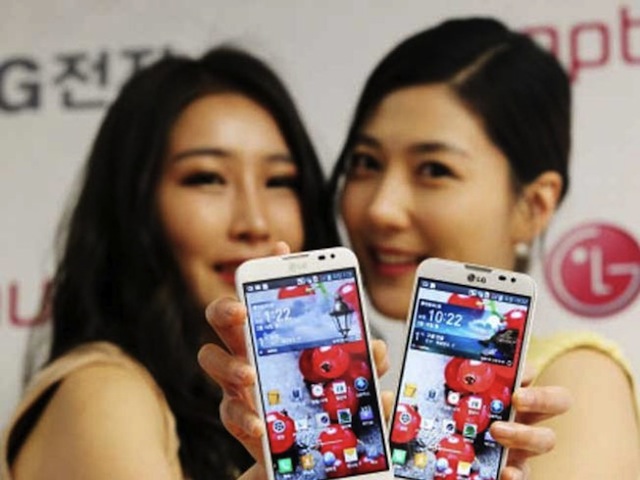 Apple really isn’t the only company that Samsung likes to tussle with. LG has called Samsung out on a possible patent infringement over eye-tracking technology that can be found in both the Galaxy S4 and the LG Optimus G Pro.

LG claims that it owns the patent to this technology, which is available on the Optimus G Pro called the Smart Video. A similar technology is seen in Samsung’s smartphone, called Smart Pause, which allows a video playing on the phone to be paused when the user looks away.

LG hasn’t actually filed an official complaint yet, but it has said that it will be looking into whether or not Samsung’s Smart Pause feature has infringed on their patent when it launches next month.

In typical fashion, Samsung has denied the allegations, arguing that their own technology was used and that it differs from the method used by LG to offer a similar experience. Stop us if you’ve heard this one before. Both companies’ phones are scheduled to be released in April.

Over the past year, the rivalry and competition between LG and Samsung has really been heating up. Both companies announced 55-inch OLED TVs at CES in 2012, and LG was able to ship the product first, despite both companies being very behind schedule. At CES 2013, Samsung announced a curved OLED TV, and LG responded with the “world’s first” curved panel within a couple of hours.

It seems that the rivalry continues behind the scenes as well, with the two companies butting heads over the underlying technology in their products. They’ve sued each other for various OLED patent violations and Samsung filed a lawsuit in its home country in December, claiming that LG infringed on its LCD patents, asking the court to ban the violating products. These cases have since been settled outside of court, but it doesn’t look like the ongoing quest for dominance in the market will be ending any time soon.

It looks like even Android phonemakers can’t decide who’s copying who these days.