Since AVI is a Microsoft proprietary format, a default macOS installation does not support it. The issue can be resolved by using a video player for Mac, of which there are plenty. A third-party multimedia app can be downloaded as a .dmg or found on the App Store. Either way, you don’t just want to get a random player – it’s wise to pick out the best combination of features. The cost is also a significant factor to consider.

Elmedia Player is the ideal tool for playing AVI files, as well as a wide range of other file types. Elmedia Mac AVI player lets you customize your playback with a selection of settings to fine tune your content. In addition, it’s compatible with AirPlay, meaning that you can easily play videos and audio on an external screen. It handles a huge range of different file types, and all without any need for conversion, letting you easily access all your content.

Once downloaded from the official website you can quickly start playing files thanks to an easy and intuitive setup. Elmedia is available from the App Store, in both free and paid versions, both of which handle the same range of files. For full usability, invest in the PRO version for a selection of additional features such as automatic screenshots, playlist exporting and more. License: free version available, PRO can be purchased for $19.95

JustPlay is a simple, inexpensive player, but it’s practical and well-designed. Playlists, bookmarks, audio visualization, external audio, subtitles, and detailed audio/video options are all included. Play MOV, WMV, MKV, and many more codecs. It works as an MP4 player Mac app as well.

JustPlay is perfectly capable of HD playback. If you need to find subtitles, there’s a built-in search function. The app will remember any options you chose for a given file – like added tracks and the previous position on the timeline. Aiseesoft is a straightforward AVI file player for Mac that offers a range of different tools for playing audio and video. The settings are fairly limited compared to some of the other options we’ve checked out, but it does offer basic playlist and management settings, as well as some customizable playback options.

Unfortunately, there are some limits with the free version. If you want compatibility with all file types, you’ll need to invest in the paid version. It does also offer a good range of settings for Blu-ray playback. 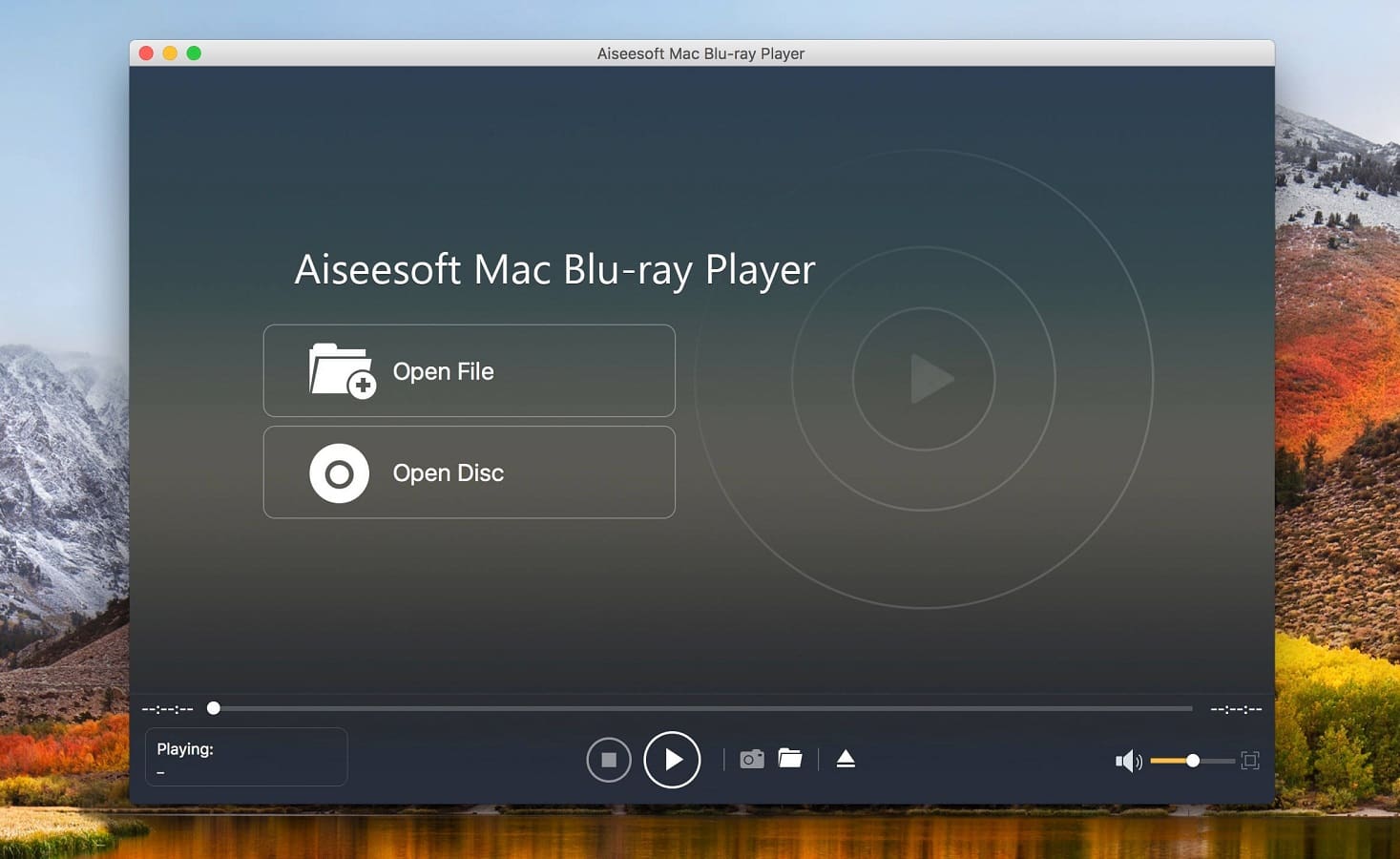 VLC is one of the best known media players, with good reason. As an open source player, it’s been modded by developers all over the world, and today it has compatibility with a range of additional plugins to customize use. It’s also available completely free. VLC handles a huge range of different file types, works with AVI for Mac, and offers users plenty of playback features to customize your content. It’s also compatible with a few different external devices such as AirPlay.

In addition, VLC lets you stream content directly from online sources, removing the need to download or convert audio and video. The only drawback about VLC is the fact that it’s not great on usability, with a display that isn’t especially user-friendly and at times confusing. Macgo is a basic AVI media player Mac option that doesn’t offer as much as you might hope for given how much it costs. The player has increased its price recently, and you may want to choose a different option. Macgo has plenty of basic features available in free version, which will let you play a number of different file types.

They also claim they have removed AVI protections, so you will have no problems playing AVI files. Another drawback of Macgo is the fact that it uses up a large amount of CPU. Add to that the fact that it doesn’t have a feature for adjusting power usage, and you may want to look into other player options. 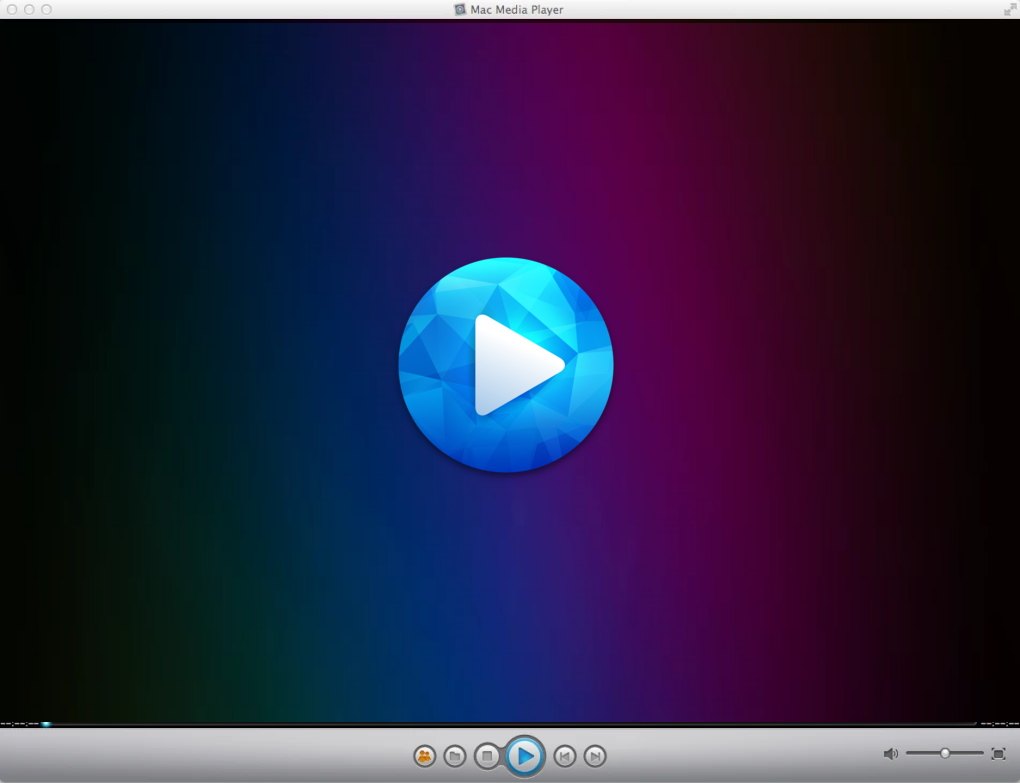 Movist is an affordable, effective player that you can get for just $5. You get a lot for your money, with an effective interface that lets you make the most out of the player. There are plenty of customization options, including subtitles and playback levels. File and folder management are straightforward, and you can create playlists easily.

There are a few extra features that can’t be accessed from the free version. If you want to stream content directly from websites you’ll need to invest in the full version, and the same goes for the network server option. Otherwise, it’s got pretty much everything you need, and works fine with AVI files. 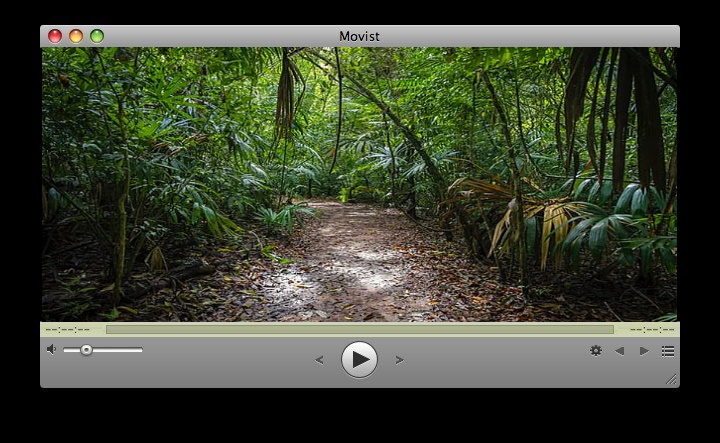 5KPlayer is another one of the AVI video player for Mac options that have been around for a pretty long time. You can download it for free and immediately start playing a wide range of different file formats. 5K is also compatible with some online streaming services, meaning that you can use it to play videos directly from YouTube. A conversion tool is available, though given the player can automatically handle most file types, it’s generally not necessary.

We have to mention that many users have complained of how intrusive 5K is, with endless popups. In addition, for some reason it’s extremely difficult to remove it from your system if you want to get rid of it. You may want to check out some of the other player options we’ve looked at. 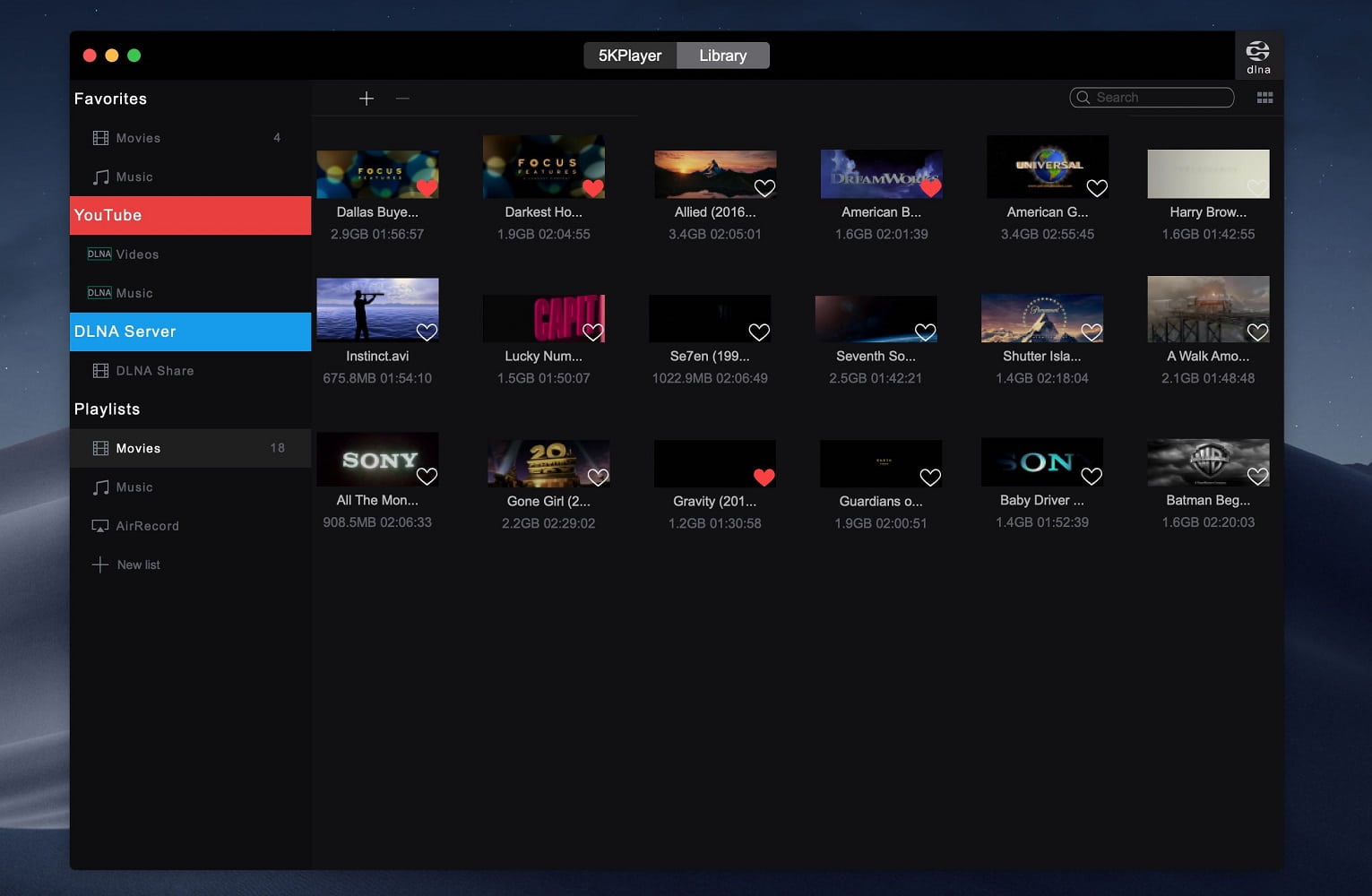 Cisdem is a fairly straightforward free AVI player for Mac that handles plenty of different file types. Playlists can be put together and organized, and playback settings can be managed independently, useful when listening to music. Cisdem also offers a screenshot facility, letting you save images of the video you’re playing.

And advanced hardware acceleration ensure smooth playback. While you get a certain amount of usability for free, you do still need to pay if you want the full version. On top of that, some users have reported that there have been problems with the subtitle options on the player. The other thing to mention is that Cisdem has a conversion tool, which some users might find handy. 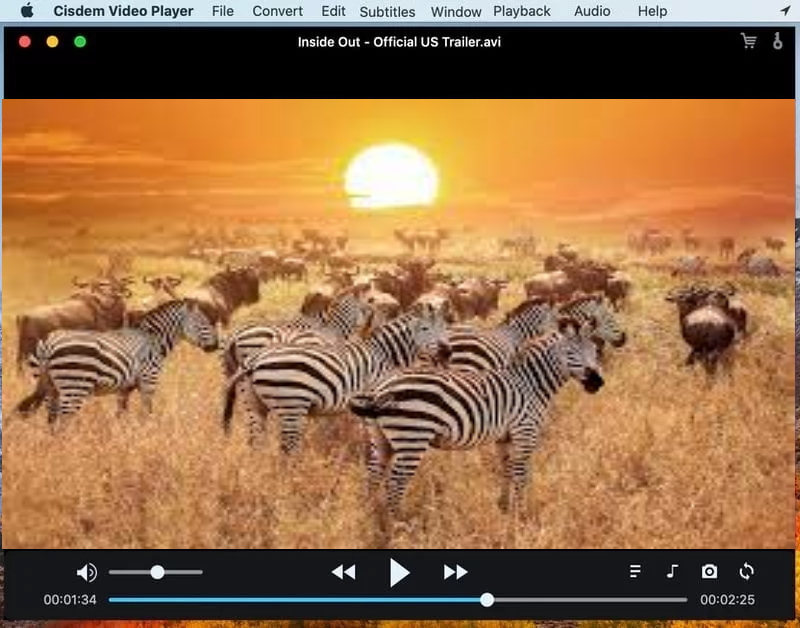 Total Video Player offers a number of basic features, as well as some extra options that you don’t really find with other players. One of the most notable of these is the ability to play broken or incomplete files, something that marks it out from the competition.

In addition, it plays a number of different file formats. It also supports Retina, which makes for smooth playback. And in addition it’s able to play UHD films and automatically open subtitles allocated to your videos. 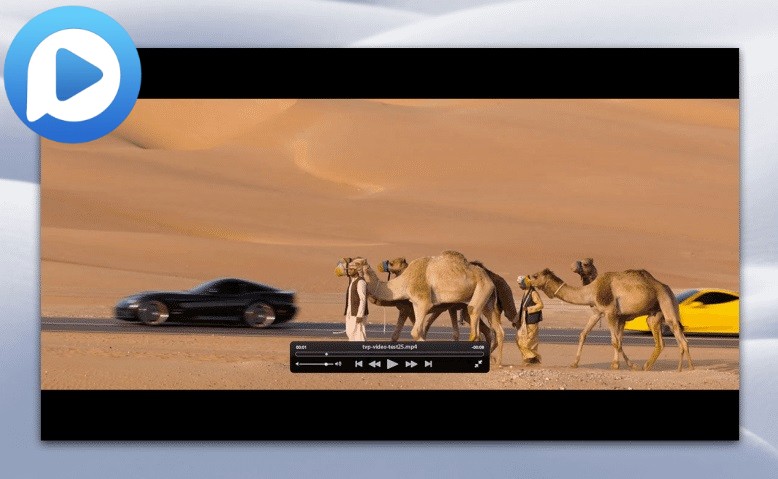 IINA strives to emulate the macOS experience – it supports every feature you’d find on a MacBook: Retina, Touch Bar, Gestures, Picture-in-Picture, and Dark Mode. Placing the timeline at the top of the player window is a bold move, too.

As a VLC competitor, IINA can play AVI and any other file compatible with FFmpeg. Its UI is customizable, meaning that you can adapt it to suit your needs. Also, it has a plug-in framework, meaning that the player can be enhanced further by its users. 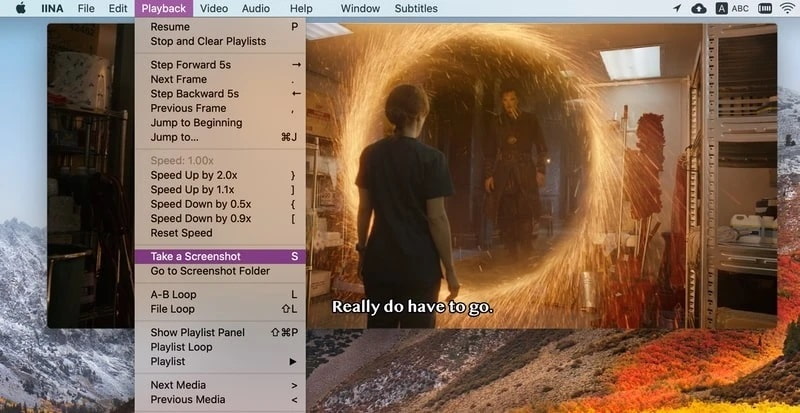 Plex is a streaming platform, but it can handle your AVI files, too. You do need an account to use it, but, on the upside, you get to use the Plex Library, which is powerful and useful for media sorting and collecting. It is more limited in comparison to dedicated players, like VLC or IINA.

For instance, there are no options for playback speed. Overall, Plex is better used for streaming, rather than using it as a free AVI player for Mac. 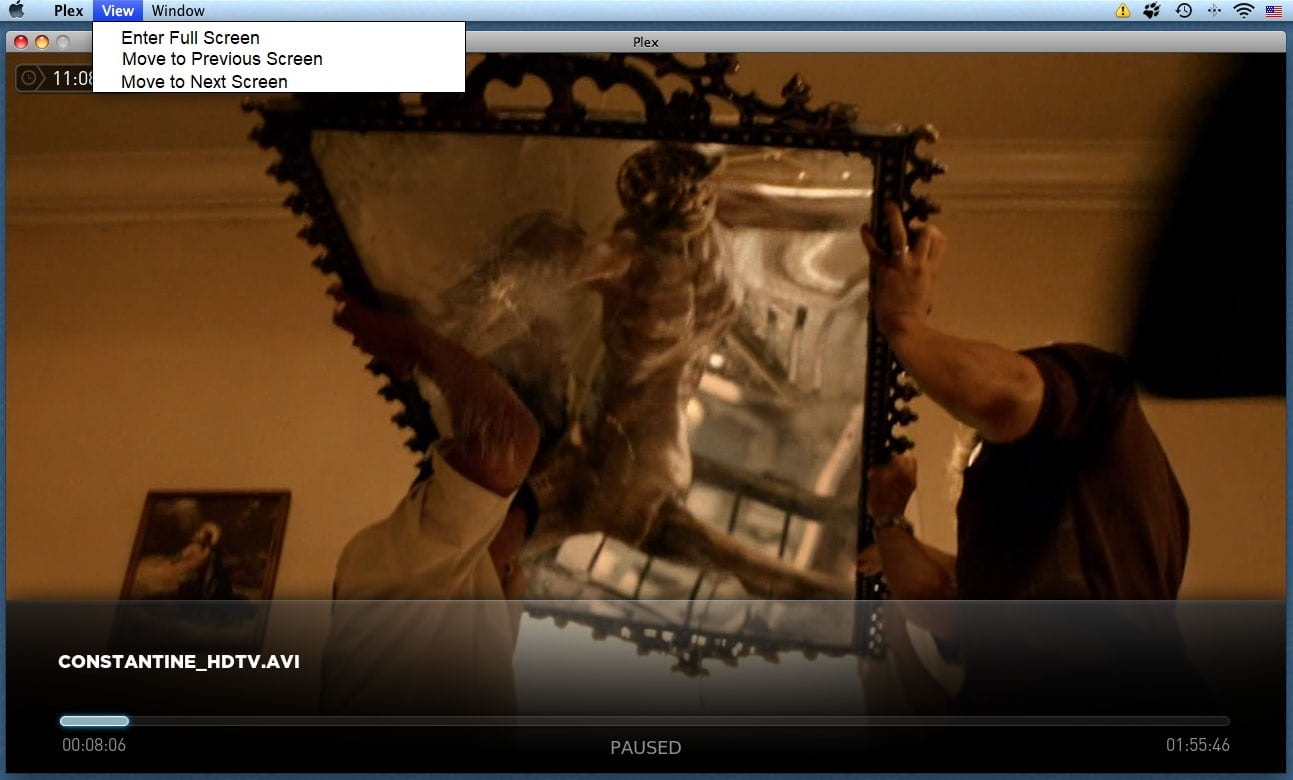 What is an AVI?

AVI pstands for Audio Video Interleave. It’s a file type developed by Microsoft in the early 90s, and has become one of the most widely used audio video file formats. AVI was designed to compress small videos to a size that could be easily used, without losing excessive amounts of quality. AVI files were initially designed as a way to store short video and audio files, and were used extensively from the nineties onwards.

Today, some new technologies have emerged to replace AVI. That said, the format is still widely used. You can play AVI files on Mac by making use of a suitably player such as Elmedia. 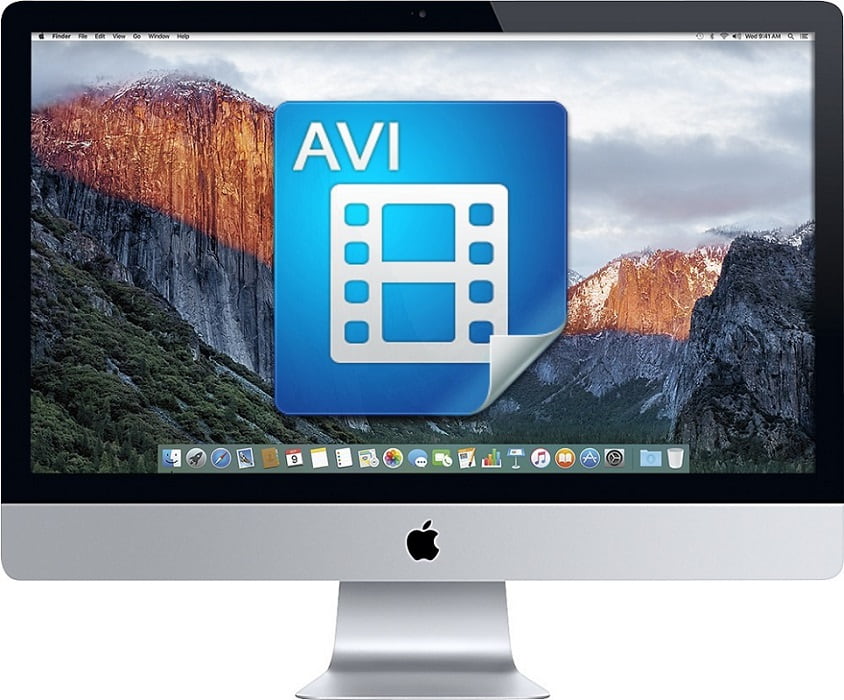 That’s pretty much everything you need to know about the options when it comes to playing AVI files on Mac. As we’ve mentioned, Elmedia is one of the best AVI player for Mac options out there. It’s a versatile player with plenty of great features and a lot to offer just about any user. In addition to AVI files, it also functions as a MKV player for Mac, and can support a wide range of other formats. We recommend you give it a look.

Can a Mac play AVI files?

The default players supplied with Mac devices do not support the AVI file type. In order to play one of these files, you will need to get a QuickTime alternative for Mac that is compatible with them.

How do I play an AVI file on my Mac?

As we’ve mentioned, a player such as Elmedia can easily handle AVI files on Mac. The other option is to convert your AVI files to a more suitable file type.

What is the best free AVI player for Mac?

We recommend our readers try the Elmedia Player. It’s got top compatibility with Mac, and can play AVI files with zero difficulty.

You can play AVI files on Mac using any player described in the article, or by converting the file to a format supported by your player.
RELATED ARTICLESMORE FROM AUTHOR