WWDC labeled Flow as the “Best Leopard Student Product Runner-Up” this year, and if you subscribe to our podcast, or watch our vidcast you would have seen a neat little feature called “drop marks.”Â  While drop marks are pretty damn cool (I’ve been using them a lot this week), there are a whole host of other features that make this FTP an excellent competitor in the FTP market. As Mac users, we have quite the selection of stellar FTP programs. We have Transmit, Flow, Cyberduck, and Forklift, all of which provide amazing support and work really well. For some, any FTP program would do, but for those of us who spend a lot of time connected to multiple servers all week long, there is greater need to find a program that fits into our workflow the best. That being said, Flow seems to be winning me over this week, and I think I’m going to be leaving Transmit behind.

Flow has a very simple and clean user interface. It lets you see all the information you would need about your files on your server immediately. No longer do you have to “get info” like you do in Transmit to find out the permissions of a file. Instead, it’s labeled at the bottom of the screen waiting for you to change it any time you want.

Another pretty cool thing is the editor that they have built right into the application. Instead of having to edit files in external editors (which there is still support for) you can edit your files in the built-in editor. The built-in flow editor has tab and syntax coloring built right in. This has become one of the application’s major selling points for me. I get a lot more coding done now, and save a lot of time opening and closing the files in smultron, when all I have to do is change a few characters on the fly.

Tabbed server connections are a must for me, and while many of the FTP programs do this now days, quite a few do not–Cyberduck comes to mind. Now the super cool thing is you can drag and drop a file or folder from one tab to the next to move files between servers. It makes backing up from one server to the next super quick and super easy. But, this functionality could be a heck of a lot better which leads me to my next point.

I, much like some of you, spend quite a bit of my time moving files around on servers and between servers. For me, every single FTP application should make us of FXP. FXP is a transfer protocol that allows a user to move files between two remote machines without having to play as a middle man. As much as I like being in the middle, having data move from server one to my machine and then on to server two is a bit of a waste of bandwidth.

I find myself moving away from transmit and relying solely on flow over the last week. As soon as this trial period ends I’ll be dropping my money on it. It’s well worth the investment. A quick aside, in an email with Brian Amerige he mentioned that FXP is being requested, so maybe you should go drop him an email and request FXP if you need it: maybe it will find its way into the next version. :) 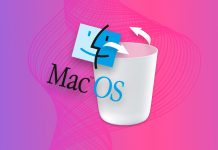 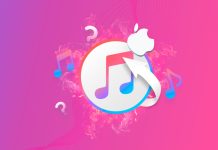