5 Reasons for ‘The Switch’

1. Security – I got so sick of dealing with spyware, virus’s, and antivirus software. Now, before all you Windows people tell me that you never get virus’s, I never did either. But, I sure as hell worried about it with everything I did on my Windows machine. Surf the net. Worry about virus’s. Install an application. Worry about virus’s. Use MSN Messenger. Worry about Virus’s. It seemed that I spent more time worrying then I did actually enjoying my computer. All that changed when I bought my mac. I really don’t worry anymore. I just do what I have to and get off the machine.

2. Microsoft – I couldn’t handle their Window’s Genuine Advantage program, and I surely couldn’t handle being treated like a criminal every time I upgraded my machine. I mean, seriously, do I really have to call Microsoft every single time I changed a processor or add some new ram? Turns out I did, and it got old real quick.

3. Software Updates – all good operating systems have them, and I wouldn’t trust any that didn’t, but I saw some pretty sketchy updates being recommend for update. See point 2.

4. It’s ugly – I’m not gonna lie, a major factor that made me switch was that I was tired of looking at Window’s OS’s. Anyone who says differently is lying. OS X was easy on the eyes and made me enjoy my time on the computer a lot more. I can only look at that ugly blue bar for so long!

5. Maintenance – The final straw for me was the amount of time spent maintaining my machine. Now, I’m a geek as much as the rest of you, and I enjoy spending time tinkering with the minute details of the operating systems I use, but Window’s is pathetic, especially if you spend time in a small office with a bunch of useless computer users. Stuff would just randomly stop working. Drivers would get corrupted, the registry would have an aneurism, the disks would need serious defraging (and not the built in defrag variety either, i’m taking speciality applications here… because the built in defrag would choke and stop working). In short, the time wasted on this could have been time well spent on my daily projects.

5 Reasons why I won’t switch back.

Aside from the reasons above, which were obviously fixed by me making the switch, there are five completely different reasons why I’ve grown to love my mac, and probably will never make the switch back.

1. The community – everyone is so helpful. Even the biggest newbs (beginners) can find help, and mac users look out for their own. I’ve yet to meet someone who owns a mac that doesn’t want to help a new mac user. That’s something completely unparalleled in the windows world.

2. The community pt2 – or more specifically the applications. Freeware, Shareware, Donationware all exist, and I have to say that all of these applications can carry their own weight pound for pound with windows alternatives. From my travels online it seems like their is such a wide variety of os x applications that you’re bound to find what you need, and at a very affordable cost. It’s unreal, and if I ever chose to switch back (which isn’t happening for a very long time) this probably would be one of the things I missed the most.

3. The Unix backbone – So, this is a more advanced reason, and most of you could probably care less, but their is something to be said about the operating system being built upon a BSD framework. It just has some much more functionality that the command prompt on any windows machine. But, if you’re coming from a pure unix distro it will probably leave something to be desired for, so its all relative here.

4. Built in software – the software that comes with new mac’s is amazing, and absolute blows the doors off and applications that ship with windows (read… movie maker). OS X has an entire creative package that lets you organize your photo’s, edit your home movies, create dvd’s ( I don’t mean burn… I mean create menu’s and chapters, and all that other jazz), create multiple track recordings (a pretty full featured recording studio) and a whole host of other applications. List me simliar applications that ship with windows (full featured)… you just can’t do it!

Oh and did i mention that the new mac’s can run windows, linux, and os x either natively or as virtual machines… bet your windows machine can’t do that! 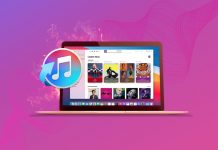 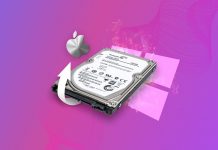