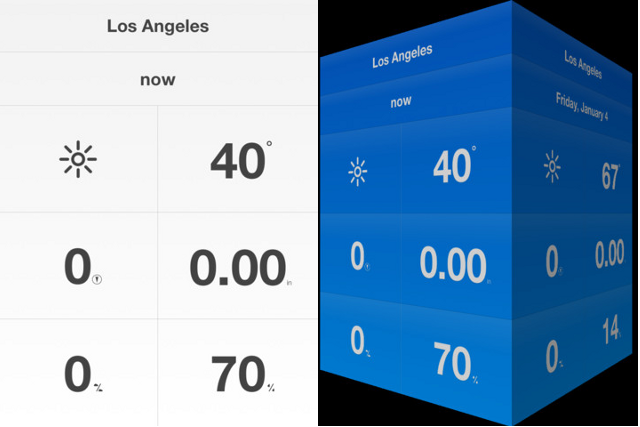 Weathercube, a gesture-based weather app for iOS, has just been given iPad support. The app has been made universal, meaning users do not have to purchase the app twice for their iPhone and iPad. The app looks pretty much the same on the iPad as it did on the iPhone and iPod touch. The gestures are still buttery smooth and the app is still as informative as ever. If you don’t already own Weathercube for iOS, you can download it for only $0.99 in the App Store.

This update brings Weathercube to version 1.3, and it also fixes the current location issue that was present in prior iterations of the app.

The original release of Weathercube was announced in early 2012 but wasn’t released until early September. The app features a Clear-like interface and is completely gesture-based, leaving all buttons behind. Weathercube is based on a cube that can be flipped, tapped and swiped to show detailed weather information about multiple cities and locations worldwide.