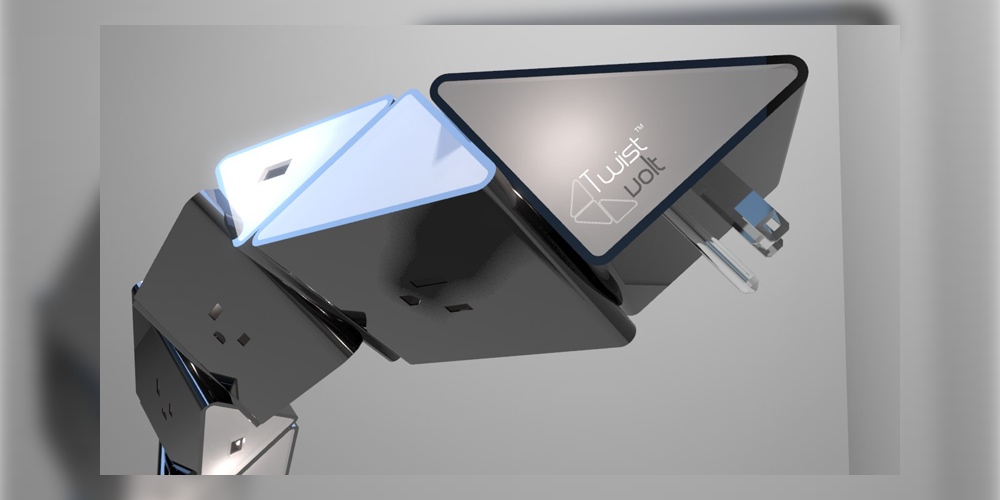 It’s an annoyance that is part and parcel of modern life—power bricks that block other outlets on a power strip. While some power strips and surge protectors are designed to better accommodate power bricks, the creators of the TwistVolt have another idea.

Currently a Kickstarter project, the TwistVolt is a six-outlet power strip that you can literally twist into all sorts of different shapes—16,384, to be exact. That way, if you have a lot of power bricks to deal with, you can simply twist the outlet so the brick doesn’t obstruct adjacent outlets. Or you can just twist it into a different shape so it looks cool. A $49 pledge lets you preorder the standard six-outlet TwistVolt, but you can pledge a higher amount to get one with up to 8 USB ports and decorative LEDs in case you want to actually show off your TwistVolt.

It’s a novel idea, but it’s still a long ways off from its Kickstarter goal of $125,000. But if you want in on one of the first TwistVolts, you have 19 days as of this writing to make a pledge-preorder.