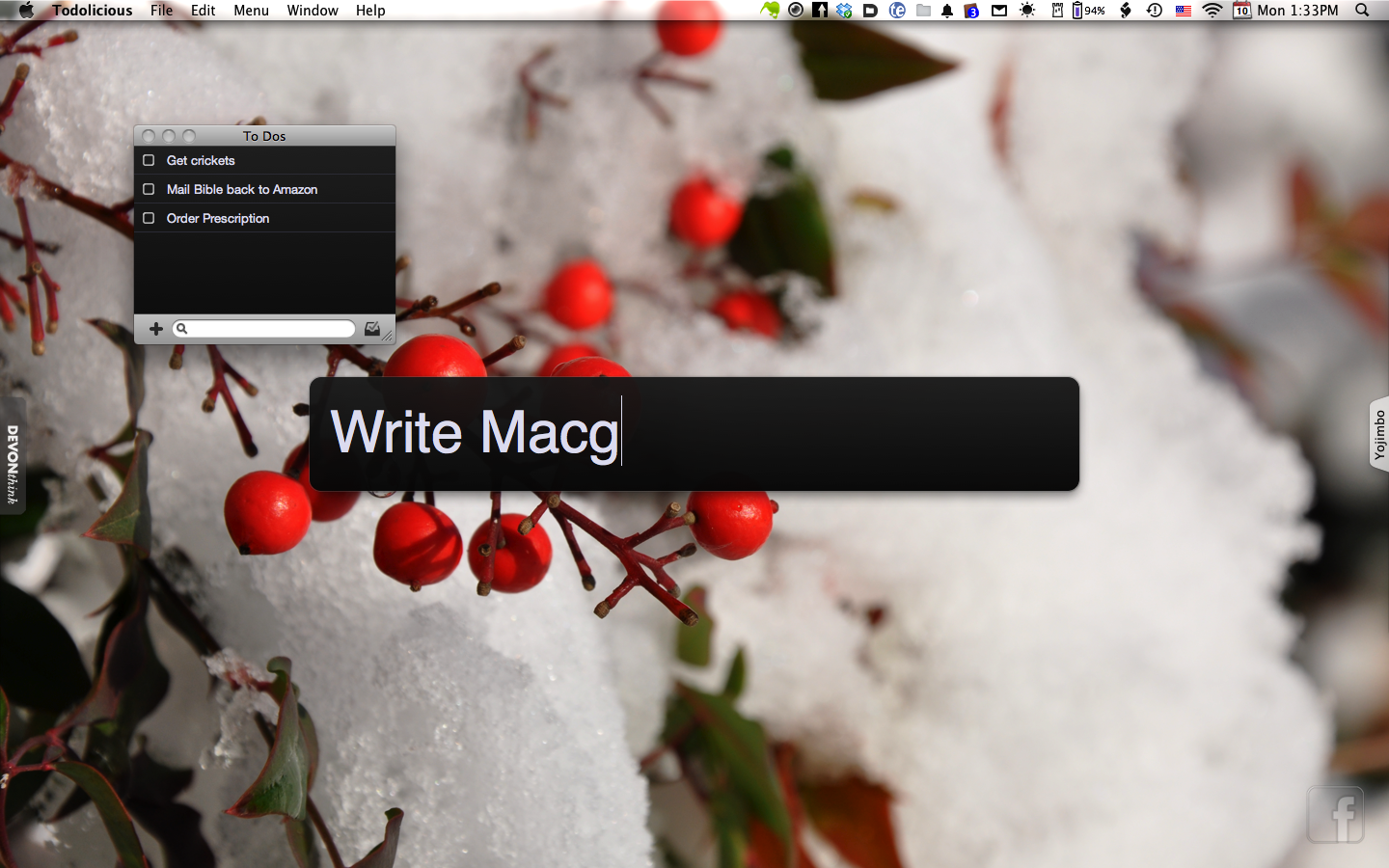 During the wee hours of the night, I commented on Twitter about my desire for Todolicious to sync between my Macs. One of our awesome followers (Morbec) took up the challenge and decided to put together a tutorial on his website. Todolicious can use Dropbox to sync your ToDos across your Macs.

Todolicious is the exact kind of ToDo application that I need. No fluff, no overly complicated GTD stuff. It’s just a giant ToDo list, but it doesn’t sync natively.

If you want to move your existing Todolicious entries to the second machine, check out Morbec’s original post.

Editor’s Note: In order for the sync to occur error-free, you need to have only one computer running Todolicious at a time. When you’re done with the application on Computer One, make sure you close it before running it on Computer Two and vice versa.