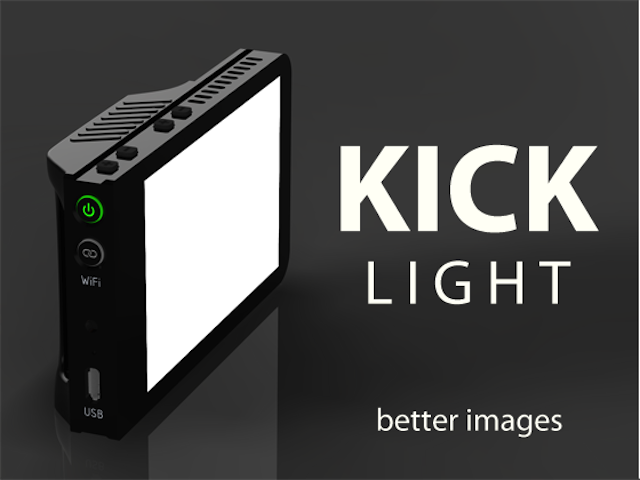 The iPhone is a great device for taking pictures, but lets be honest, the flash kind of sucks. However, the folks at Rift Labs think they’ve developed a solution to fix these issues: a programmable external flash that interfaces with the iPhone. This product is called Kick and is a former Kickstarter project that well exceeded its goal.

You can connect the Kick to your iPhone by way of a Wi-Fi connection. Because of this, your iPhone can connect and control more than one Kick light at a time. The light is controlled by the Kick app that is available for free via the iTunes App Store. This app allows you to control the brightness of the flash, the warmth, color, and other factors that go into making the perfect photo or film. You can also use the Kick’s app to recreate effects, like the flicker of a TV or lightning strikes. If these features aren’t enough for you, the folks behind Kick have released an API for the device, so third-party apps can be developed for the device.

Not only can you use the Kick with your iPhone for photos, but you can use it as an external flash for your DSLR camera as well. This is due to the fact that the Kick can be used as a standalone light source. When the Kick is working in a standalone state, your iPhone will still control the Kick and all of its many creative features.

The Kick’s hardware is very minimalistic. The front of the device is just large enough to house the light while the sides of the device house all of the buttons needed to control the Kick like power and wi-fi buttons. The back of the Kick features a slot for your iPhone 4, 4S or 5 to rest. If you’d like to purchase a Kick for your iPhone, expect to drop $179 for one via Rift Labs’ website.