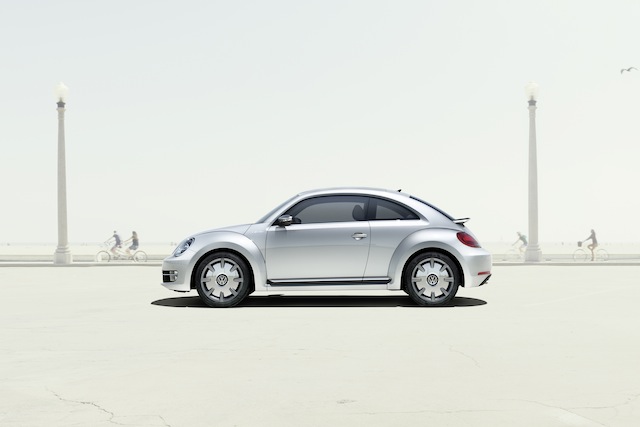 If you’ve always wanted an iCar, but are sick of waiting for Apple to produce one, Volkswagen has you covered. The German automobile company has just announced that it will begin to produce the iBeetle, a special version of the popular Beetle, in 2014. The company announced this edition of the Beetle at the Shanghai Motor Show, promising that it will be amongst the “first cars in the world to have a genuine integrative interface for the iPhone that was coordinated with Apple.” So, what does the iBeetle have to offer, anyway? Unfortunately, not too much when compared to the standard Beetle. The automobile features an integrated iPhone dock that works with the newly developed Volkswagen app. The Volkswagen app allows users to view stats on their vehicle, read social networking statuses aloud, amongst other features. Even though these features may sound cool, they can more than likely be added to any existing car with Bluetooth integration, an AUX port or even a cassette adapter using Siri and third-party apps. Nothing special here.

Aside from the docking station, the iBeetle is offered in iPhone-matching color schemes and includes a special edition set of disc wheels. According to the press release, these color schemes include “Candy White,” “Oryx White Mother of Pearl Effect,” “Black Monochrome,” “Deep Black Pearl Effect,” “Platinum Grey,” and “Reflex Silver.”

As for me, I’m still looking forward to the iBicycle.