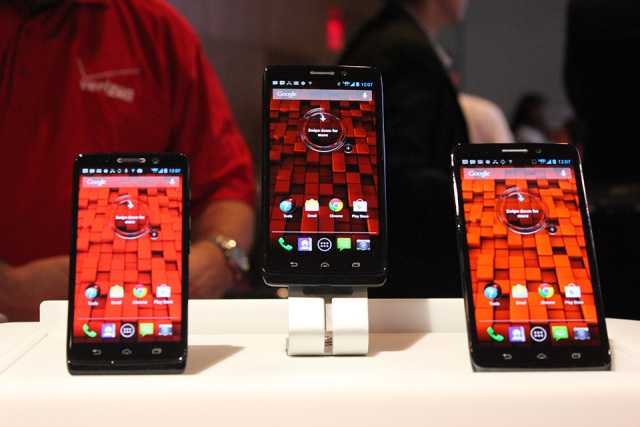 If Android is your thing, then perhaps you’ll be excited at the newly unveiled lineup of Motorola phones, soon to be making their way to Verizon this August. The carrier revealed three new phones today, including the flagship Droid Ultra, the Droid Maxx, and the Droid Mini.

The Droid Ultra is the flagship device and comes in at an incredibly thin 7.18mm and packs a 5 inch display. It also includes 4G LTE and comes in at $199.99 on a 2 year contract. Verizon has yet to reveal other specific specs.

The Droid Maxx is for the customer that values good battery life. The phone is pretty much identical to the Ultra in terms of functionality, only customers trade off some of the Ultra’s thinness for some substantially better battery life. The phone comes in at 8.5mm, but its battery is reportedly capable of up to 48 hours of continuous usage. This one comes in at $299.99 on a 2 year contract.

The Droid Mini is for those looking for something a bit more modest, as it takes from the Ultra’s design but comes with a smaller 4.3 inch screen. The decrease in size also makes for a decrease in a price, as the phone comes in at $99.99 on a 2 year contract.

All of these devices are set to launch on August 20, exclusively on Verizon. Expect to hear more specifics regarding the devices’ specs as we approach the launch.