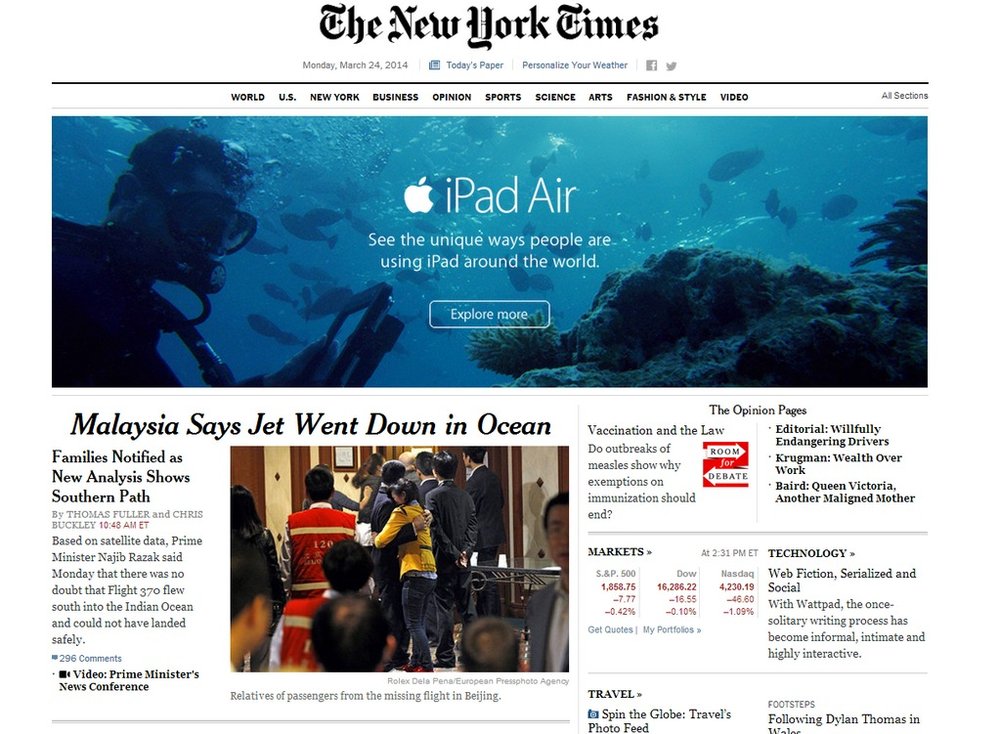 The New York Times and Apple both agreed to pull an online iPad ad that was suffering from some unfortunate placement.

The Times homepage featured a large banner ad that launched a clip from Apple’s recent “Your Verse” campaign, which concludes with a video still of a shot taken from underwater. Right under this ad, the New York Times also had a large featured article with the headline, “Malaysia Says Jet Went Down in Ocean”.

A number of users on Twitter reportedly noticed the coincidence and brought it to the attention of the Times and Apple who then both agreed to pull the ad. Here is an official statement from a New York Times representative:

It was an unfortunate coincidence that this particular creative ran adjacent to that particular article. The ad was taken down by mutual agreement and we are still determining a resolution regarding placing the ad again.