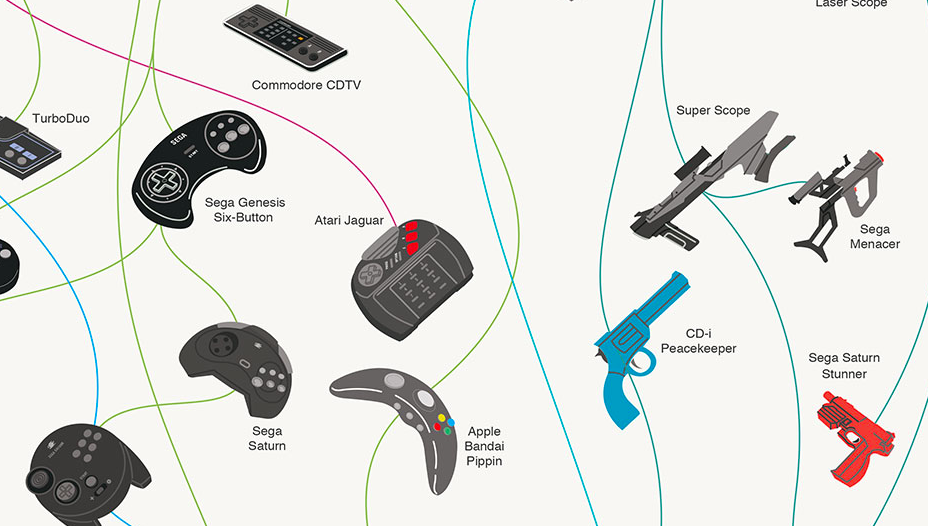 Pop Chart Lab has released a nifty little poster that illustrates the evolution of video game controllers over the last seven decades. The poster is 27″ x 39″, and will cost you $29.00, but the image itself is worth taking a little peek at when you have a chance.

The Apple Bandai Pippin even makes an appearance, which is something we didn’t expect. The coolest part about the poster is that it lets you trace your steps from one controller to another backwards through time so you can see exactly how a controller ended up being what it was at the time of release.

The image is hu·mon·gous, so we’re not attaching it to the post. You’ll have to click through to see it in all of its glory.