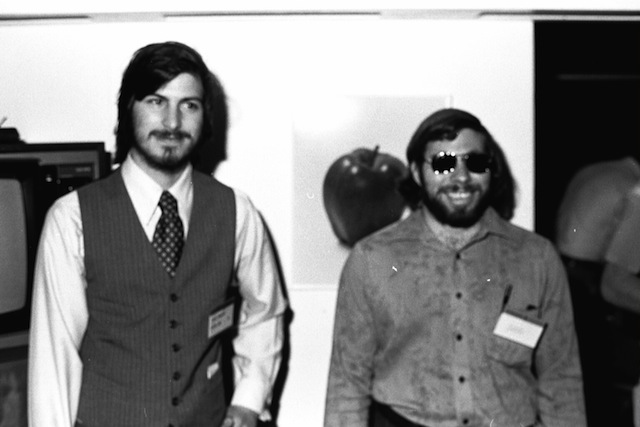 The Jobs biopic starring Ashton Kutcher and Josh Gad opened at the Sundance Film Festival over the weekend to mixed reviews. We’ve already heard Steve Wozniak’s initial reaction to the first released clip last week. In short, he wasn’t impressed. Wozniak didn’t have any involvement in the film, but it turns out that he was approached in its early stages. He declined any involvement because he felt the script was total “crap.”

Another movie is being made about Steve Jobs by Sony. Oscar-winning screenwriter Aaron Sorkin is currently writing the script and Wozniak has signed onto the project as an official advisor. This version will be based on the official Steve Jobs biography written by Walter Isaacson. Here’s what Wozniak had to say:

“I was approahced early on [for JOBS]. I read a script as far as I could stomach it and felt it was crap. The Sony people got in contact with me too and in the end I went with them. You can’t do both [films] and be paid.”

“The early script did things like promote drugs in ways that were as foreign as the clip I saw. For example, it would have Jobs offering me drugs. I never saw Jobs do drugs nor had any offers from him. If we ever discussed drugs, he would have known that I didn’t do them but that I basically approved of them and hung around with friends who did them (in college) so he wouldn’t have felt awkward talking about them with me. Frankly, we talked about our jobs and technology and things.”

Despite these criticisms, Wozniak hopes the movie is a “big hit” and felt “they did a very good job of casting, looking for good actors who could play the roles.”

The Sony version that Wozniak has signed on to will feature “three scenes and three scenes only that all take place in realtime,” Sorkin said in November. The three scenes will be the original Macintosh, the debut of NeXT, and the first iPod in 2001.