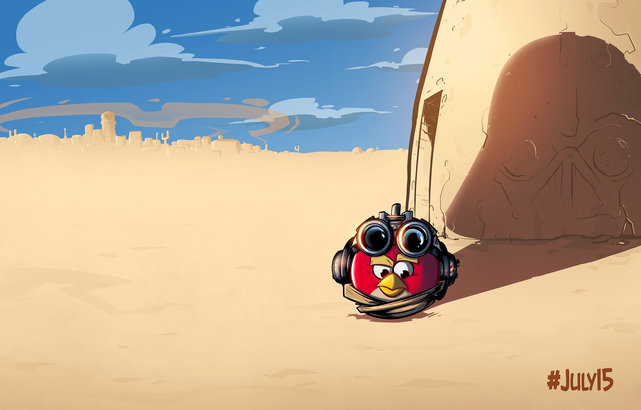 If you liked the first crossover game between Angry Birds and Star Wars, you might be in luck. Developer Rovio posted a teaser today for a new game the company is set to announce this coming Monday, June 15th, and it seems like it’s going to be a sequel to the popular Angry Birds Star Wars.

In a short post on Rovio’s blog, all the company had to say was this:

The message was included along with this subtle picture. The original Angry Birds Star Wars was released in November 2012 and received rave reviews from critics. Check back on Monday to see what exactly the company has in store.