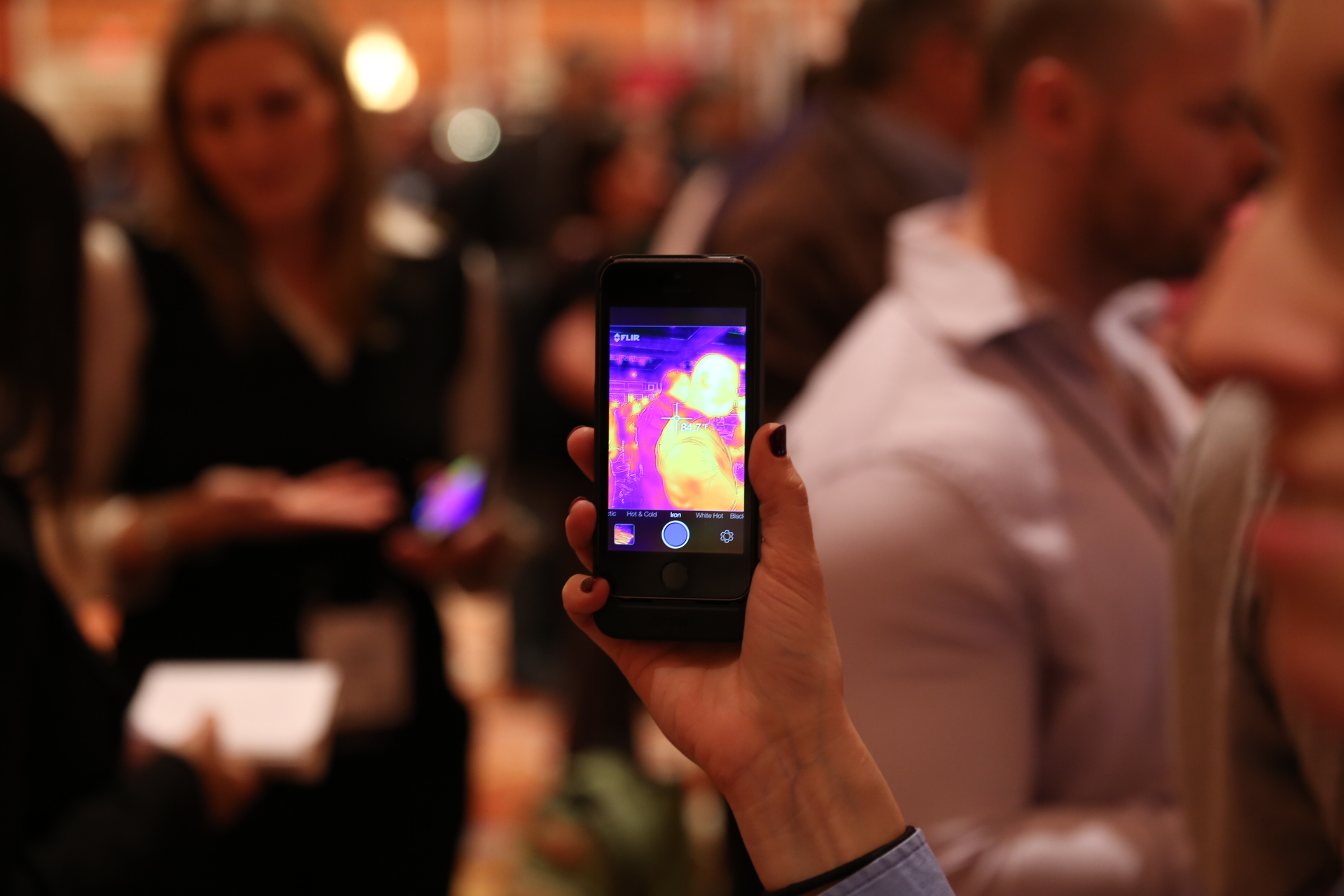 Have you ever thought that your iPhone’s case should have thermal sensing capabilities? Probably not, but that’s what you can get with the FLIR ONE case for the iPhone 5 and 5S.

The elaborate case brings thermal sensing technology to your iPhone, allowing users to view heat signatures from small heat sources around the house to humans and animals from roughly 330 feet (100 meters) away. The camera can also pick up residual heat, which is heat on surfaces that came from touching hot objects. The case even provides the iPhone with an additional 4 hours of battery life when using the camera thanks to its added battery.

The case is FLIR’s first true product that brings heat sensing technology to the masses, charging $350 for the device. While that sounds expensive, FLIR’s next product up is a standalone thermal imaging camera that will run you back $1000.

The product was just announced yesterday at CES, but FLIR says it should launch sometime in the coming Spring. You can sign up on the company’s site right now to have them notify you when it’s finally released.

While it might be difficult for the average person to find real world uses for the FLIR ONE, who’s not going to have fun with a thermal sensor on their phone?