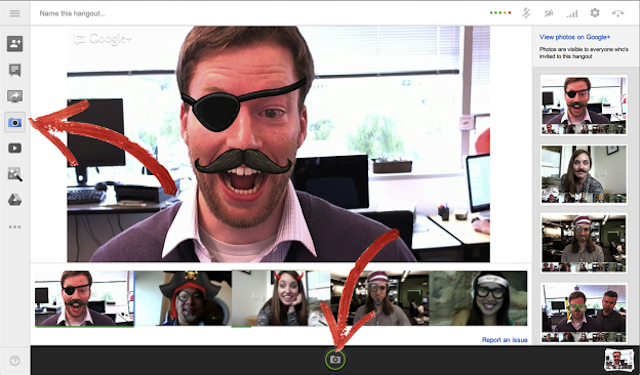 Google+ Hangouts, a free video chat service that lets users chat one-on-one or in groups with up to nine people at a time, now has new capturing tools so you can archive your favorite moments as they happen in Google+. Google has added a new feature to the chat service, called Hangouts Capture, that lets you capture all the best moments during your Hangout so you can remember them forever.

Hangouts Capture will let you take pictures of your Hangouts while they’re happening. Hangouts Capture comes with a number of features that aren’t available with the normal screenshot options. Jeremy Ng, who works at Google, explained the features on his own Google+ page:

Ng says the Hangouts Capture feature will be available soon worldwide, so keep your eyes peeled during your next Hangout to see if the feature is available.