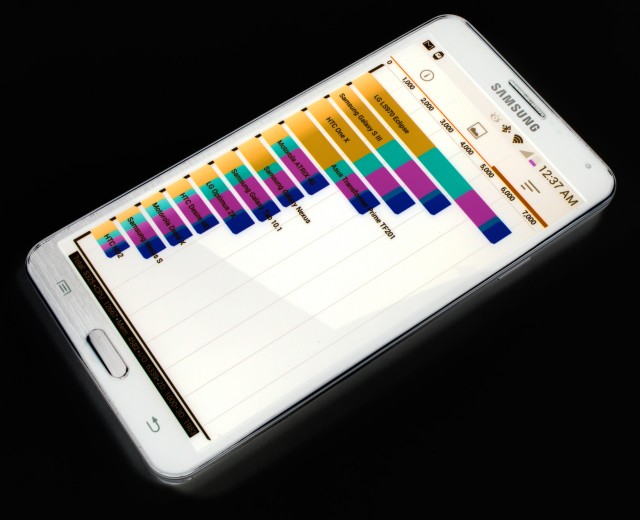 When people buy are looking to buy a new phone or computer, one of the things they will often look up are benchmark tests for that product. Samsung clearly knows that these numbers are important to customers, as the company has now been caught artificially boosting them for its Galaxy Note 3, just like it was caught doing for the Galaxy S4.

The discovery was made by Ars Technica, who noticed that the Galaxy Note 3 was producing benchmark scores much higher than other similarly specced Android phones. As it turns out, Samsung appears to have special code inside the device’s operating system which automatically detects when the device is being used by a benchmarking program. When this occurs, the phone automatically prevents its processor from entering low-power modes and it boosts the device’s CPU clock speeds.

These behind-the-scenes tricks make Samsung’s phone appear to have processor speeds that are a substantial 20% higher than they actually are. Samsung was previously caught doing the same thing with its Galaxy S4.

Apple executive Phil Schiller even decided to comment on the news. He tweeted simply, “shenanigans” along with a link to the original article.

Just in case you needed a little reminder to always value real world performance over numbers and specs, here it is.