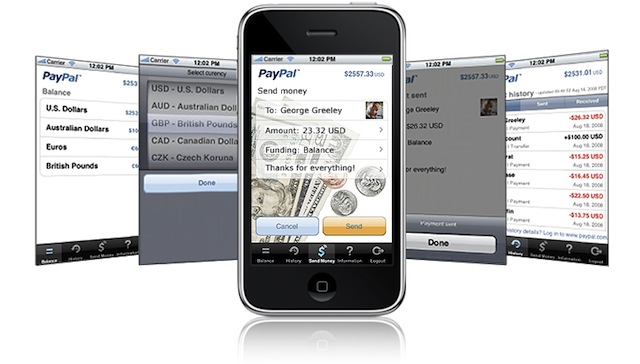 PayPal has just introduced a new iOS SDK and a slew of new API additions at South By South West (SXSW). These APIs allow developers to integrate PayPal’s payment service directly into their services, making redirecting through PayPal’s mobile website not needed. The new API allows developers to bring up PayPal payments in a variety of ways that can be viewed on PayPal’s developer page.

One of the coolest new features of the updated set of PayPal developer tools is the addition of direct Card.io support. PayPal purchased the card scanning company late last year. Card.io allows users to snap photos of credit cards in order to make purchases and add credit cards to online accounts. This service is very helpful on mobile phones as typing in long strings of numbers can be a pain using mobile keyboards. We’ve seen Card.io integration in iOS apps like Uber.

This updated SDK is meant to be used for service transactions, hence why it doesn’t break Apple’s strict in-app purchase App Store rules. For instance, one can use the new SDK to purchase physical products with an iPhone app, but not digital goods.

Given the competition on the market, it’s a nice little move for PayPal, and the updates will come in handy for those apps that rely on the service for purchases.