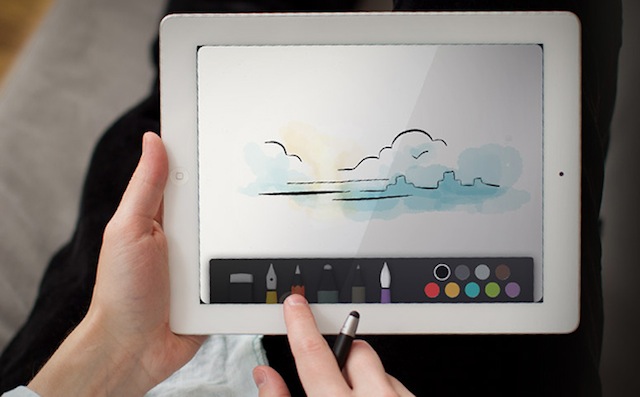 Fifty-Three, the team behind the hugely successful iPad app Paper, has managed to raise a whopping $15 million to expand its services. Today, Fifty-Three has revealed a group of investors that it hopes will bring about a new era for the Paper app, with plans to not only expand its software, but develop hardware as well.

Fifty-Three is made up of a group of creators from an assortment of different companies, including Xbox, Courier, Sonos, Google and others. Last year the company released Paper, which went on to win numerous industry awards and was named App of the Year by Apple in 2012. Paper has been downloaded more than 8 million times by creators all around the world and 80 million projects have been created with the app.

With that, the company is looking to the future of Paper and bringing it to the next level. This not only includes expanding to an entire suite of software and services but turning to creating hardware as well. The team didn’t elaborate on just what kind of hardware it has in mind though.

“We’ve been focused on iPad there, but the next part we’re working on is services that will start to answer the question of how people work together and collaborate,” co-founder and CEO Georg Petschnigg said.

But, like Fifty-Three said, “big ideas need big partners.” The company welcomed Chris Dixon and the Andreessen Horowitz team, as well as Highline Ventures, Thrive Capital, SV Angels, Jack Dorsey, and others to help build “the essential suite of mobile tools for creativity.” The Andreessen Horowitz team has worked with big names, like GitHub, Pinterest, and Instagram.

With an all star-team like that, it’ll definitely be interesting to see what Paper comes out with in the future.