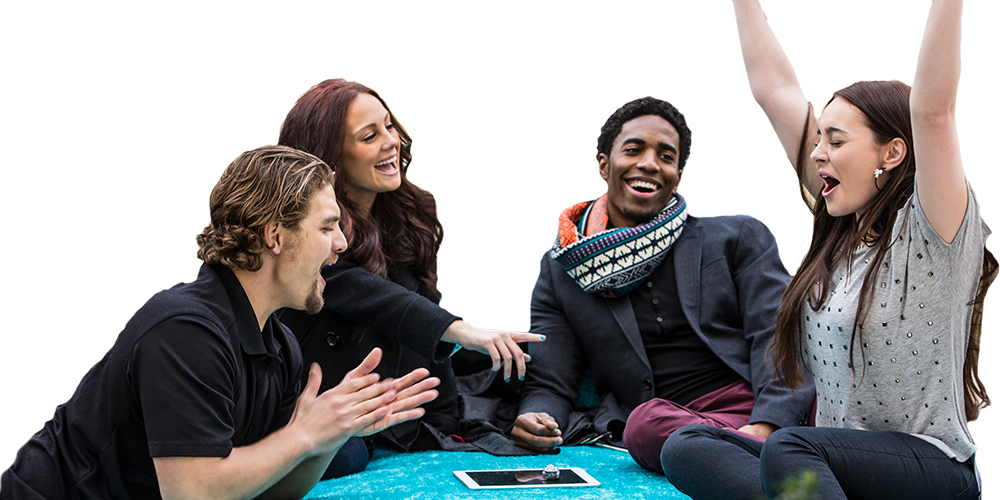 A board game on an iPad is, in some ways, a board game in name only. Sure, it exists on a flat, board-like surface, but it lacks that whole moving-a-piece-and-cheating-while-your-friend-isn’t-looking aspect of classic board games.

Meet Ozobot. It’s a tiny, coin-sized electronic game piece for various kinds of board games. But this isn’t the dog from Monopoly—Ozobot is actually a tiny robot that can actually interact with your game board, be it a physical one or digital one on your iPad.

Ozobot won’t work with your old Chutes and Ladders board, though—at least, not in the way it was intended. But its makers plan to release four games for iOS and Android that are designed with Ozobot in mind. The company also says that more apps from third-party developers should follow.

Assuming Ozobot makes it through its Kickstarter campaign, though. Things are looking good on that front, however, with Ozobot slightly more than halfway through its $100,000 goal as of this writing, with 24 days left on the campaign. You can learn more by visiting the Ozobot website, and if you want to get in early, you can still get one via pledging to the Ozobot Kickstarter project. Be sure to check out the video, too.