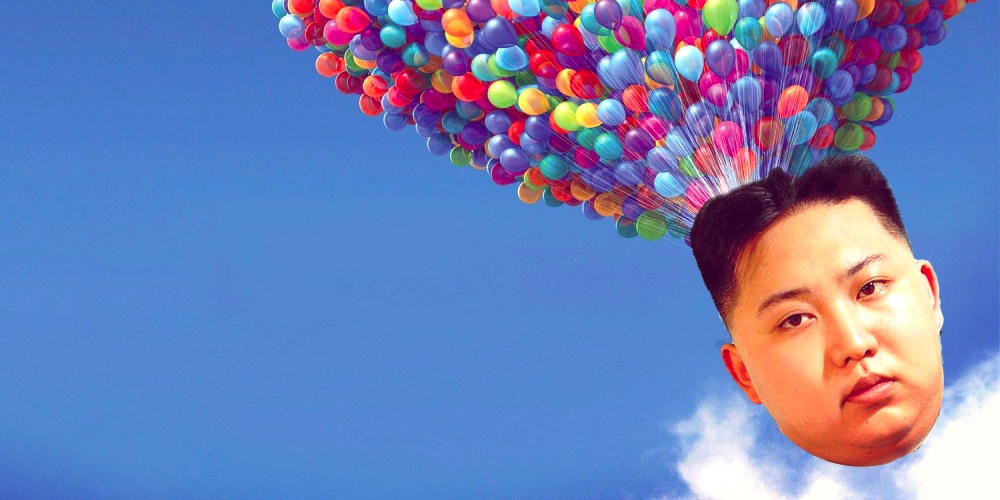 It’s the equivalent of dropping propaganda pamphlets across Germany during WWII, but with a new twist. Activists have begun releasing balloons filled with thumb-drives into the wild, hoping some of those balloons find a way into North Korea, and the contents into the hands of its people.

The long, thin, translucent, 36-foot-long (12-meter) balloons are loaded up with USB sticks with Wikipedia entries, DVDs of popular TV shows, anti-government leaflets, and even single American dollar bills. (The last is included so starving North Koreans can buy rice on the black market.) While the balloons typically make it over the border by only a few kilometers or so (often dropping inside the Demilitarized Zone), sometimes they can land as far away as Pyongyang, about 125 miles from the border.

Arstechnica has a fantastic article up covering the entire situation. We recommend you give it a read.