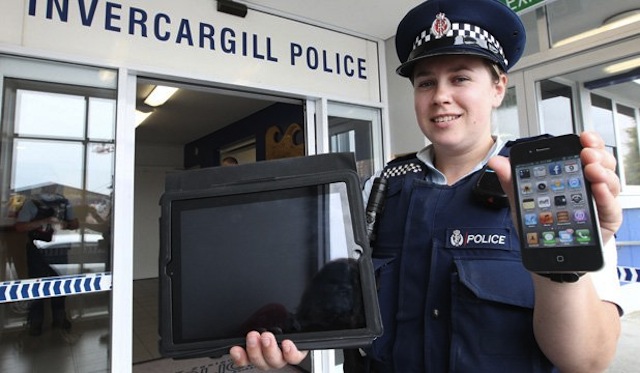 The police department is moving their business from Telecom over to Vodafone with a 10-year deal. The initial cost to roll out the devices will be NZ$4.3 million (US$3.65 million) over three months. Over the next ten years, they will spend NZ$159 million (US$134.7 million) in operating expenditure to keep the initiative going.

Commissioner Peter Marshall says, “We believe greater use of modern technology is the way of the future; it’s common sense, and will ensure officers can remain on the frontline rather than returning to stations to complete paperwork.” The New Zealand police department believes this investment in technology will provide productivity benefits, saving $305 million over ten years.

The decision to go with iOS devices over other devices, like Android or Windows, resulted from a study that spanned 11-months and was based on officer feedback from over 100 staff in four districts. The preferred device turned out to be the iPhone and iPad over other smartphones and tablets.

New Zealand Police Chief Information Officer Stephen Crombie said that based on the trial, the iPhone and iPad were found to be “the most useful tools for officers” for “making phone calls or text messaging, accessing email, and accessing information and photo databases” and the iPad for those who have more data entry to do.

Telecom will continue to supply mobile services for operational management and administrative staff.