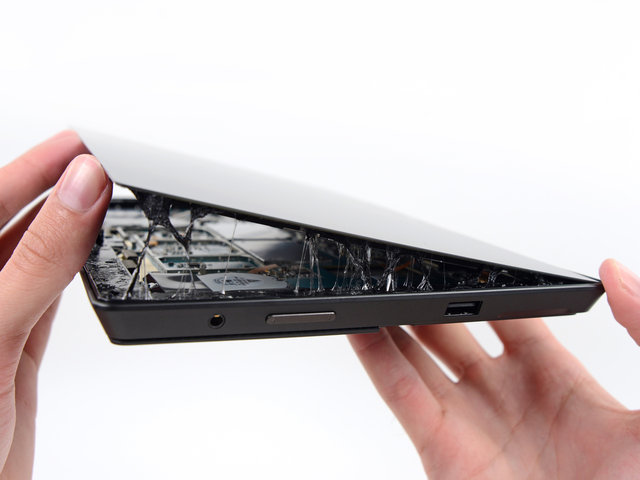 If tearing open and tinkering with tech devices is something you like to do, perhaps you should skip the new Surface Pro 2 tablet from Microsoft. iFixit has done a complete teardown guide of the device and has subsequently rated it a 1 out of 10 when it comes to repairability.

iFixit also criticized how much adhesive is used within the device, making it hard to remove several components such as the tablet’s display and battery. The site also has discovered that the Surface Pro 2’s battery is the same one that was found in the original Surface Pro, meaning that all of Microsoft’s promised battery life improvements aren’t the result of a bigger new battery.

After opening up all of the 10 inch tablet, iFixit’s main critique was how difficult removing the Surface’s display is. “The delicate and arduous opening procedure leaves no room for mistakes: one slip-up, and you’ll likely shear one of the four ribbon cables in the edge of the display.”

iFixit gave the device a 1 out of 10 for repairability, pretty much ruling out the chance that the average user could swap out its parts. For reference, iFixit has typically given the hard-to-fix iPads a 2 out of 10 in repairability. The Surface’s new score makes it one of the hardest tablets to open around.

Check out the full write-up complete with step-by-step pictures here.