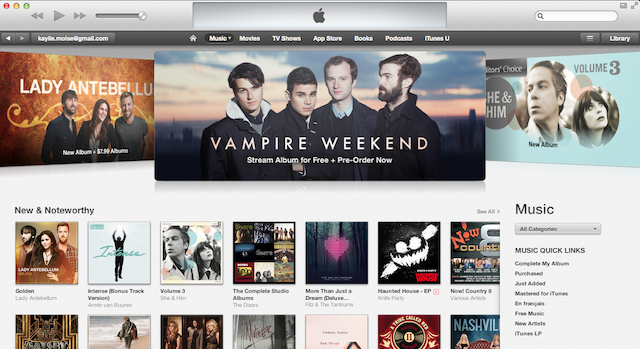 While iTunes can still be used in “desktop” mode on Windows 8, Microsoft would really like Apple to come out with an official iTunes app for Windows 8. In an interview with CNN Money, Tami Reller, CFO of Microsoft’s Windows division, said that Microsoft has been trying to convince Apple to build an iTunes Windows 8 app, but it doesn’t look like it’ll happen “any time soon.”

“You shouldn’t expect an iTunes app on Windows 8 any time soon,” Reller explained. “iTunes is in high demand. The welcome mat has been laid out. It’s not for lack of trying.”

iTunes is one of the most searched for applications in the Windows Store, so it’s not surprising that Microsoft would like Apple to make one. So far, Apple has been willing to write some software for Windows, like iTunes, Safari, and Quicktime, but Apple’s footing in the tablet market is different than in the PC market. The iPad is the best-selling tablet out there right now, so there isn’t much incentive for Apple to release something that will make the Surface a better product.

Despite this one hole, the Windows app store is securing more and more apps with over 60,000 apps available to date. Users have downloaded about 250 million so far. The company hopes to have most of the popular apps for iOS available for Windows 8 in time for the next holiday season.