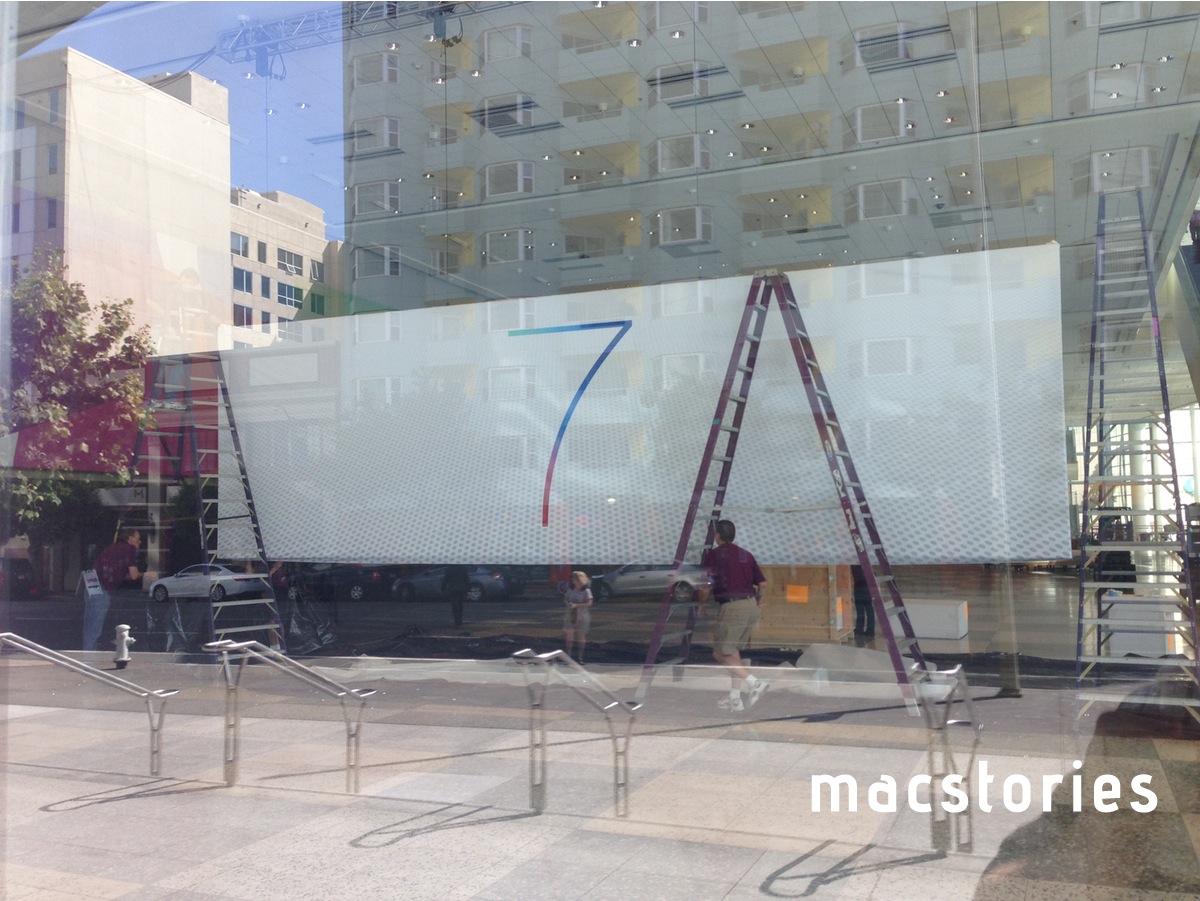 As people are currently working away at getting WWDC setup for its June 10th start date, a number of banners have been popping up around Moscone West, the building that will be hosting the conference. One of these includes a large banner that seems to be the new logo for iOS 7.

The logo is quite different than Apple’s OS logos of past, with a much cleaner and simpler look. The “7” in the logo is designed with several colors and rests on a white background. Many see this as a hint to what we’ll be included in iOS 7 itself. One of the iOS 7 rumors was that each main Apple app would be redesigned to be based around one color theme.

“While the core elements of those apps are mostly white, each app has been given a unique button color,” Mark Gurman of 9to5Mac reported. This can also be seen as being hinted at in the WWDC logo, which features a number of different colored squares.

A banner has also revealed Apple’s slogan for the conference: “Where a whole new world is developing.”

We’ll finally be able to see what this all means and if the theories were right in just three days.