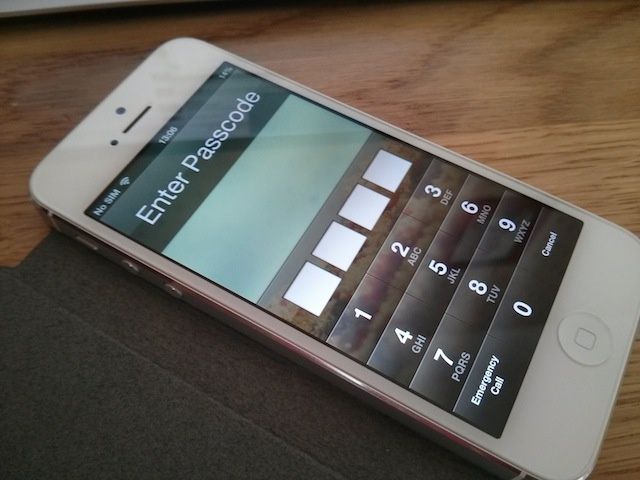 Just like my stomach after eating seafood, iOS’s lock screen simply refuses to cooperate. After Apple released yesterday’s update (6.1.3), an update that was made to address a known issue that allowed for people to access your iPhone’s contacts without needing a passcode, yet another method to bypass the lock screen has already been discovered.

The new glitch allows people to access your device’s photos and contacts without needing a passcode. To do the bypass, one must simply dial a number from the phone’s lock screen using voice control while also ejecting the phone’s SIM card at the same time.

If you’re at all concerned about the new glitch, you can simply disable voice control from your iPhone’s settings menu. If you have an iPhone 4s or 5 with Siri, you may be safe from the bug as no one has yet to report being able to accomplish it on one of Apple’s most recent devices.

Users have confirmed being able to do the bypass on devices still running iOS 6.1.2, so the glitch wasn’t introduced in Apple’s newest update; its existence was simply discovered after the fact.

It seems as though if you want to feel completely comfortable with your locked iPhone, you might just have to invest in a small portable safe to carry your device around in.