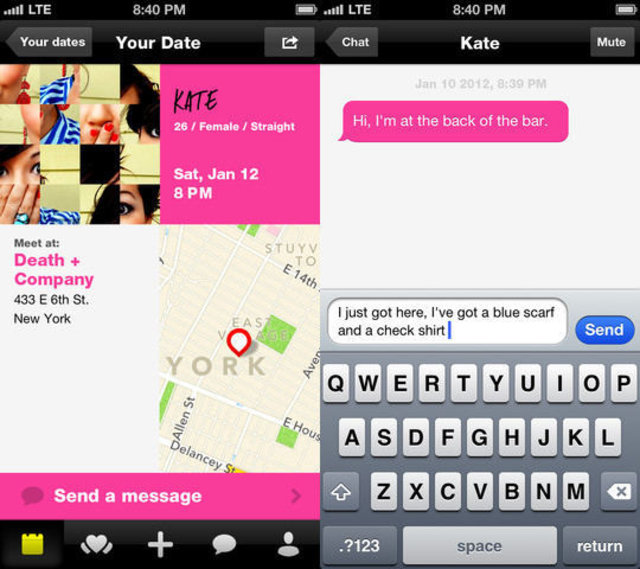 While a new form of dating, Internet dating, boomed with the rise of the Internet, there really wasn’t much of a change when it came to the growing popularity of smartphones. Dating sites made dating apps that were essentially just versions of their desktop websites but designed for phones. OkCupid’s new Crazy Blind Date app, however, seems to be embracing the new and spontaneous kind of social media that we’ve become accustomed to in the recent past.

The Crazy Blind Date app allows users to pick any night they’re free, as well as a place that they would like to go, and then the app sets them up with someone else that is free at that time. You simply say that you want to meet a straight, middle aged, woman outside McDonald’s at 10:30PM and you pray to God that the person you meet fits at least a couple of those criteria. The app also gives you an hour before the date starts to begin communicating with your future date.

The app will try to take your money with its ‘Kudos’ system, which has users pay $0.99 for 10 Kudos. Giving and receiving Kudos seems to be a form of complimenting the other person and it will apparently help you find better dates if you get involved with using them.

Crazy Blind Date isn’t a completely new feature. In fact, it was originally set up back in 2001. However, now with the power of Internet capable phones, the app will be able to provide truly spontaneous dates that people can arrange at anytime.

I’m finding it hard to decide what my opinion is on this app. At first I thought it seemed like a really cool and interesting idea, but then every scenario in my head ends up going terribly, terribly wrong.