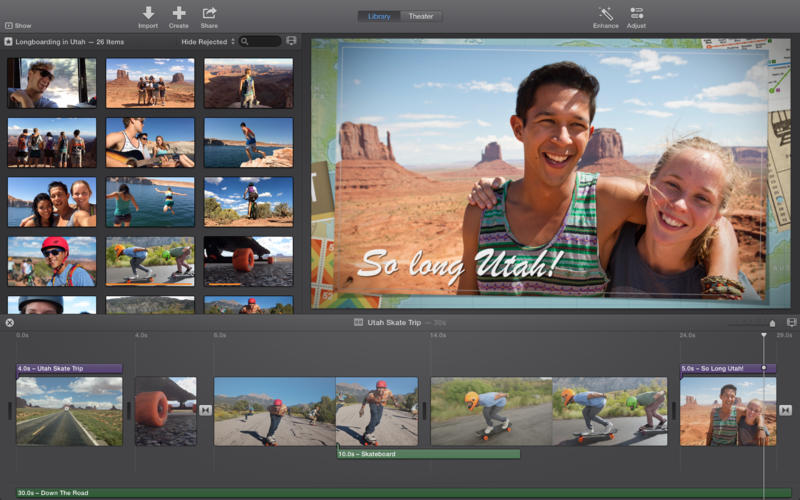 iMovie for Mac has gotten its first minor update since being updated to version 10.0 a month ago.

Apple has released version 10.0.1 of its video editing software app to introduce a couple of new improvements.

iMovie can be purchased off the Mac App Store for $14.99 or you can get it for free along with the purchase of any new Mac. There is also an iOS version of the app available for $4.99.