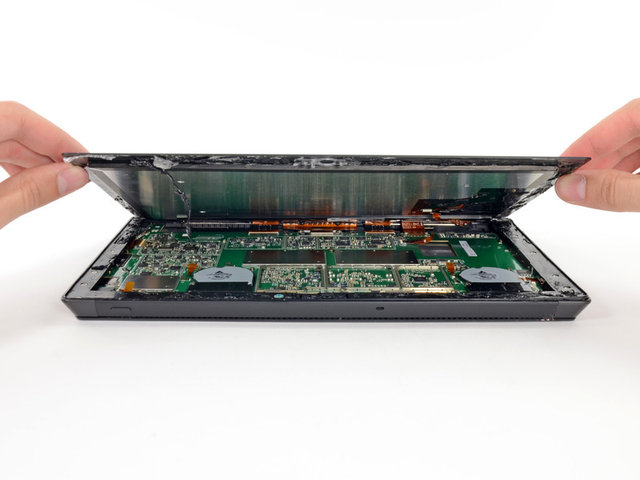 If you were considering buying a Microsoft Surface Pro (*Crickets*?), don’t go in expecting to be able to open up your $899.99 tablet and fiddle with the parts. The repair site iFixit has awarded the device a 1/10 in repairability, which puts it even lower than Apple’s iPad with its repairability score of 2/10, and makes it the worst score any tablet has ever received from the site.

It initially took iFixit over an hour to even get into the device due to what they referred to as a “metric duckload” of adhesive, saying that they had never seen more adhesive on a product of that size. Once inside, iFixit found a grand total of 90 screws inside the device, a number they called “a tad crazy”. They also discovered that the battery is hidden behind the motherboard and then glued right on to the case.

Another major complaint is that everything is so compact, even if you are capable of successfully removing something such as the SSD or battery, there is a good chance you will damage one of the surrounding cables. Because of this, iFixit recommends that you likely skip upgrading your Surface’s SSD.

There are your words of caution. Don’t open up your new Surface unless you’re a big fan of thick, sticky, black adhesive.