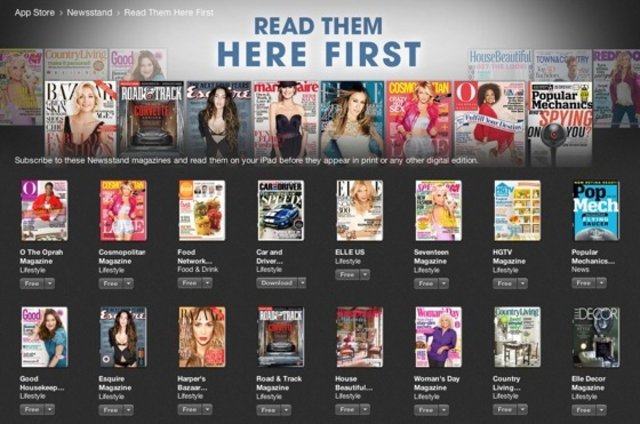 Apple’s iOS devices continue to increase in their value as magazine readers. Apple’s partner Hearst will now be putting its massive lineup of magazine publications on iOS days before they are available anywhere else. These publications include the likes of Popular Mechanics, Esquire, Car and Driver, and Cosmopolitan.

Each magazine will be available on Newsstand at least a few days before it is available in retail stores or other digital locations such as the Kindle marketplace. Different magazines will have different windows of exclusivity and some may extend for longer periods of time. Hearst said earlier this year that they had 800,000 digital subscribers and this number will likely go up significantly because of this deal.

While the details of Apple’s deal with Hearst remain unknown, it would make sense for Apple to continue to try and lock up other magazine publishers as well. If Apple can make itself the clear leader in the digital magazine world, this will prove invaluable as we get closer to the day where physical magazine copies no longer exist.