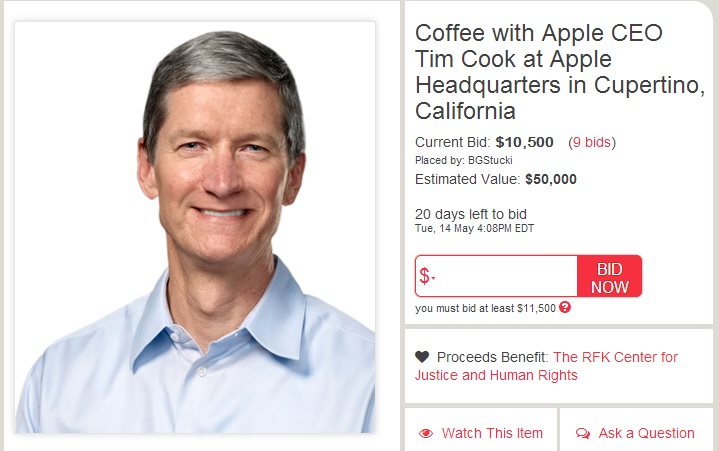 CharityBuzz.com is holding a charity auction that lets one lucky winner and one guest of their choosing have a 30 min to 1 hour coffee date with Apple CEO Tim Cook at Apple’s headquarters in Cupertino.

The current bid for the outing sits at $10,500 after just a few hours of being posted. The site, however, lists the estimated value of the date at a whopping $50,000. The auction is set to stay open until May 20, so it seems likely that the top bid will either hit or pass that estimated cost.

The proceeds of the auction will go to the RFK Center for Justice and Human Rights. A fitting choice for a CEO who has tried to make an effort to improve working conditions at Apple’s Chinese factories.

If you’ve got an extra several thousand dollars to spend on what is likely some average tasting coffee, check out the auction page here.