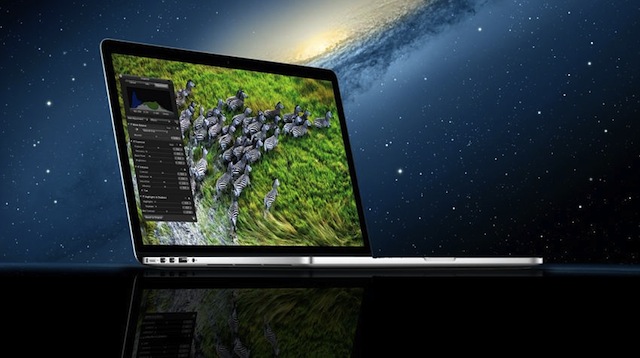 While no new Macbook Pro models were shown off at Apple’s recent WWDC, that doesn’t mean an updated model isn’t still close by. Benchmarks for what seems to be Apple’s upcoming 13-inch Macbook Pro, complete with Intel’s new Haswell processor, have begun appearing online, bringing with them some added performance benefits. The computer has shown up in Geekbench’s database under the codename “AAPLJ44,1”, and is suspected to belong to a 13-inch model Pro, although whether it includes a retina display or not is still uncertain. The computer is running a 2.4GHz dual-core Intel i5-4258U processor and comes with 8 GB of RAM. It is also running a special build of OS X Mavericks.

John Poole of Primate Labs has gone and compared the computer to existing Macbook models and the device is showing a 5-8% increase in performance over the current low-end 13-inch Pro models. What we can really expect to see in the upcoming Pro lineup, like in the new Airs, is a significant boost to battery life. Saving power is Haswell’s specialty, so expect to see substantial battery improvements over the current models, although by just how much remains uncertain.

Some rumors says that Apple will choose to get rid of its non-Retina models with this update, leaving customers with Retina as their only option. It’s still unclear when exactly the new Macbook Pro line will be released, with some speculating that it will be within the next couple weeks due to a decrease in current Macbook Pro stock, while others expect Apple to wait for the release of OS X Mavericks and Thunderbolt 2 until they release a new version.

If you were thinking about getting a Macbook Pro, it’s hard to say whether you should wait until the new model is released or not. I’d first wait a few weeks to make sure it’s not about to come out, and then if no other news pops up, I’d make the purchase if you can’t wait a few months for its release.