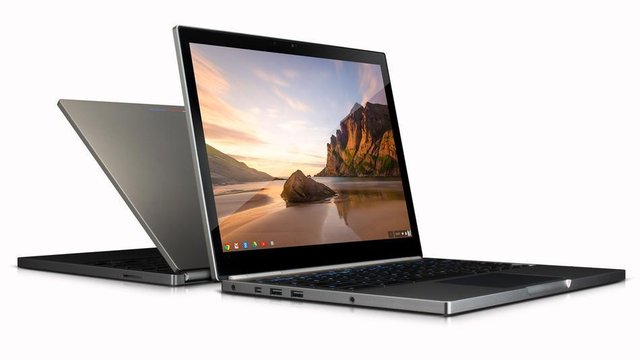 The Chromebook, Google’s Internet-centric line of laptops, is getting a new higher-end model today. Google has revealed and released the Chromebook Pixel, a new high-end laptop running the Chrome OS and the first Chromebook to be entirely designed by Google.

It’s called the Pixel for a reason, as the laptop features a 2560 x 1700 touchscreen panel for the system’s display. Chrome Vice-President Sundar Pichai says, “You’ll never see another pixel in your life.” This is because Google’s new laptop has a pixel density of 239 ppi, a number that’s even higher than that on the 13 or 15-inch Macbook Pros. The display also features a unique 3:2 aspect ratio that makes the screen almost as tall as it is wide. This is done to better support web pages and web content, which are usually consumed by scrolling vertically.

In terms of other specs, the Pixel also packs a Core i5 processor and 4GB of RAM, putting it on par with most other Windows ultrabooks. The device also includes a beautiful glass trackpad that is reportedly right up with Apple’s Macbooks in terms of quality.

The Chromebook Pixel will come in two models, with a Wi-Fi 32GB model coming today for $1,299 and a 64GB LTE model coming in April for $1,449. Each Chromebook purchase also comes with 1 TB of Google Drive storage for three years.

While the hardware on the new Chromebook manages to look extremely elegant and stunning, I’d find it hard to justify spending $1,299 on a Wi-Fi only laptop that is running on a new Internet-based OS. This, after all, is only $200 cheaper than the 13-inch Retina Macbook Pro. Even though Google says that many developers have been busy creating new and useful web apps, I still feel as though I’d be far too limited by the Chrome OS to justify spending that much money on it. While I definitely see a place for the cheaper $199.99 Chromebooks, this is one product that I’m yet to be sold on.