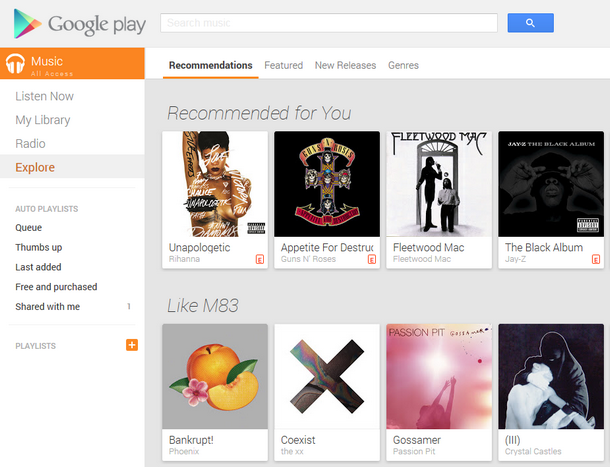 If you’ve already jumped aboard Google’s new subscription music service, or whether it’s something you intend to do, there’s good news. Google has announced that it will soon be releasing an official iOS app for the All Access service.

Until now, Google didn’t have any sort of Google Music app on iOS at all. Fans of the service were forced to rely on third party apps if they wanted to use it on their iOS devices. Sundar Pichai, Google’s head of Android and Chrome, revealed at this year’s D11 conference that this is set to change and that Google’s Music app is almost ready to be released.

Google’s All Access service costs $9.99 a month and is currently only open to American customers.

With Apple’s rumored iRadio streaming service also expected to launch soon, music streaming options on the iPhone and iPad are beginning to get a little crowded.