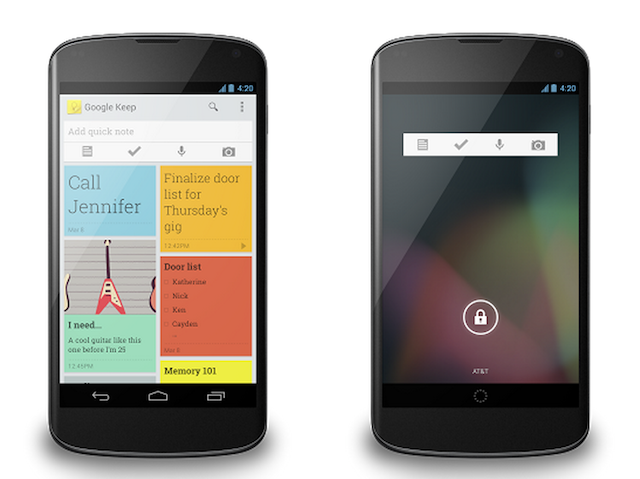 Google has announced and released Google Keep to all Google Drive users. Google Keep is a new service that allows you to create lists, voice notes, as well as text notes and photos to Google Drive, Google’s cloud storage service. The service is directed towards quick idea and photo saving and, according to Google’s blog, Keep is supposed to replace the Post-It note. Suuuure.

Google Keep is available on the web and to all Android devices running Ice Cream Sandwich or above. Users running Android 4.2 or above will be able to make use of a Google Keep widget on their Android device’s lock screen. This will allow for quick and easy use of the app. iOS and Windows Phone apps have not yet been announced for Keep.

Even though Google Keep sounds like a good idea in theory, web apps like Evernote do the same thing better. With Evernote, you can not only save photos, text and voice, but you can also save articles and other web content. Keep is also completely free of social or collaborative features, making it completely useless for group lists and note taking.

Really Google? You killed Reader and gave us this?!