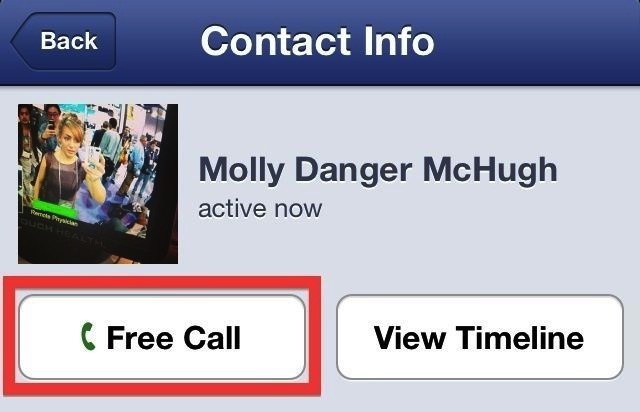 Facebook has just pushed an update to its Facebook app for iOS. This update brings free voice calling to Facebook mobile users in the United States and Canada. The feature has been available via the Facebook Messenger app since last month, but this is the first time it has made an appearance within the standard Facebook app for iOS. Video calls are still missing from the app.

Users can start calls via the Facebook app in the chat menu, which slides in from the righthand side of the application. Once you’re in this menu, tap a friend’s name and then tap the info button. You will then be brought to a page where you’ll be able to initiate a free call. This menu also lets you to be brought directly to your friend’s Facebook Timeline.

It’s exciting that Facebook has implemented voice calls within the Facebook mobile application. It will be great for those times when you really need to call someone, but don’t have their phone number. It will also be less intimidating than a video call, which can be pretty awkward when you don’t know the person you’re trying to get in contact with very well.