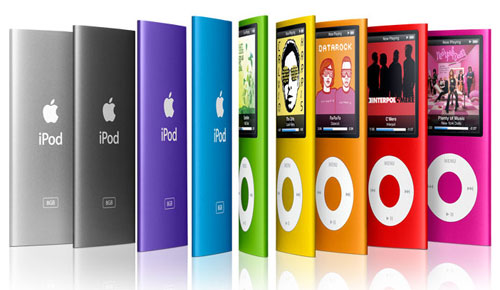 With the release of the iPhone 5, some Apple fans are starting to get concerned with where Apple goes next with its smartphone. With the phone’s size and display being arguably almost perfect, there doesn’t seem like there’s much the company can change in the upcoming versions. That’s why former Apple advertising expert Ken Segall predicts that it is time for the iPhone to follow the path that was set out for it by the iPod.

Segall, who used to work for Apple overseeing the company’s marketing efforts, says that its now time for the iPhone to follow the same product cycle that the iPod went through. In his most recent post on his blog, he writes:

“Back when the very first iPhone was about to launch, it was assumed by many inside Apple that iPhone would follow the path of iPod before it. The first year or two would be devoted to evolving and perfecting the device — and then the iPhone line would be expanded to address various types of customers.

iPod’s biggest years came after it had expanded into a family of products.

Given that history, and given the growing demand for certain variations on the theme, there’s a good chance that the next iPhone will actually be a family of iPhones.”

Segall goes on to list a few iPhone variants that he thinks Apple might soon decide to launch.

The first is the iPhone Mini, targeted to be a lower-cost iPhone. The device wouldn’t be cheap by any means, but it would feature things such as a plastic case and an iPhone 4 sized screen to help significantly reduce costs.

The second is a line of colorful iPhones. Whether this comes with the iPhone 5s, or the lower-cost iPhone, the phones will come in a variety of different colors that help customers add more personality to their device. “Color is personal, and our phones are more personal than iPod ever was. Color will make the new iPhone instantly recognizable as something new.”

The third is an “iPhone Max.” This would be a phone to rival devices like Samsung’s Galaxy S4, which captures a market of consumers looking for a massive vibrant screen.

“The smartphone audience has grown exponentially in recent years,” says Segall. “The simple reality is that different people have different needs. Creating a family of devices would widen iPhone’s appeal as it squelches the perception that Apple is somehow losing touch.”

As long as I can get a low-cost neon pink iPhone Max, I’ll be happy.