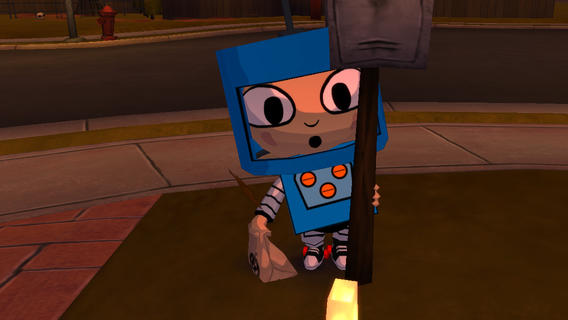 Costume Quest was initially released back in 2010 for the PS3 and Xbox 360, and was brought to PC roughly a year later. Double Fine had never mentioned anything about an iOS release of the game, so the fact that there is one and that it is already out is a pretty big surprise.

Costume Quest is a unique RPG that puts players in the shoes of kids trick-or-treating on Halloween night, albeit with a bit of a twist. The game has also been updated with an all new touch control system for iPhone and iPad.

Costume Quest is a Halloween adventure from Tim Schafer’s Double Fine Productions. In this charming role-playing game, choose your hero and trick-or-treat through three beautiful environments full of Double Fine humor and story. Complete quests, build your party, and collect costumes along the way that allow you to transform into powerful champions and take down the evil Repugians. This heroic holiday tale will capture the imaginations of kids and kids-at-heart.

The game is $4.99 and is a fine choice for anyone looking to either get in the spooky spirit or to just play for some fun.