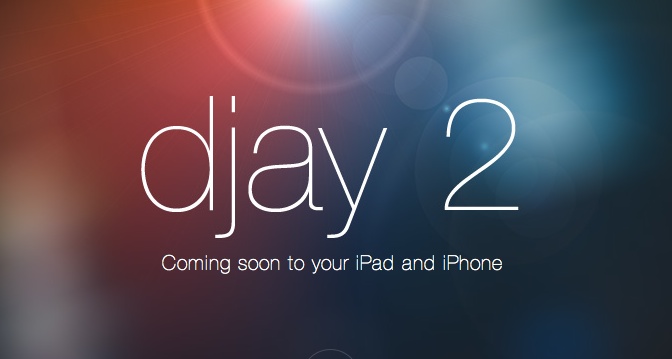 You may be familiar with Djay, the largely popular music mixing and party app on iOS. Well now the app’s developer Algoriddim has begun to tease a sequel to the chart topping app, appropriately called Djay 2.

If you haven’t seen or heard of the original Djay, here’s a video of someone mixing two songs using the $0.99 app. (Note: It’s a lot harder than it looks.)

Unfortunately, Algoriddim hasn’t provided any information as to what improvements we can expect with Djay 2. As for right now, the team has simply released a short video announcing that it is in fact in the works. The video says that the app is “coming soon” and that it will be available on both iPhone and iPad.

Algoriddim says that if you want to know more about Djay 2 as soon as new information comes out, the best thing to do is to subscribe to the company’s newsletter here.