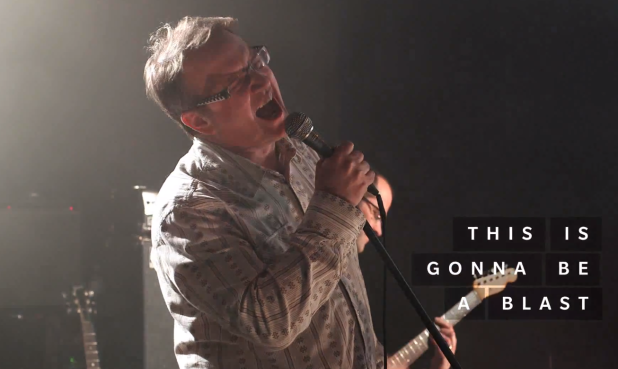 BlackBerry has released a music video celebrating the launch of BlackBerry 10. The band in the music video is comprised of BlackBerry employees themselves, with three BlackBerry executives, each a vice-president from a different area. Christopher Smith is on guitar, Martyn Mallick is on keyboard and Vice President of Developer Relations, Alec Saunders, provides vocals.

The song starts off slow, with the group playing a cover of the classic “At Last” by Etta James as an ode to the long-awaited release of BlackBerry 10. Half-way through though, it ramps up to a more rock fueled beat, with the band then changing the words of the song to relate to BlackBerry. “At last, two new devices good to go, complete with legendary keyboards.”

The song and video hit that sort of “so bad it’s good” kind of itch. This is not the first music video to be released by this BlackBerry band, however, as they had also released a song dedicated to developers prior to the launch of BlackBerry 10 to the tune of “Keep On Lovin You.”

Next up in BlackBerry’s set is expected to be a song by Queen; either “We Are The Champions” or “Another One Bites The Dust”.