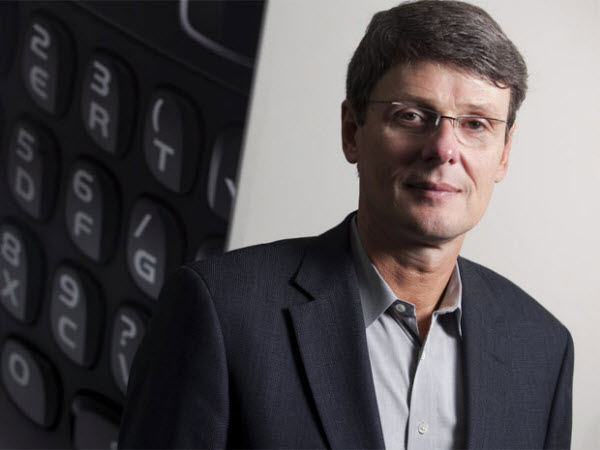 BlackBerry CEO Thorsten Heins said a few controversial statements yesterday during an interview at the Milken Institute conference. The CEO claims that tablets will be gone and dead in five years and that within five years, Blackberry will have surpassed Apple as the absolute leader in mobile computing.

“In five years I don’t think there’ll be a reason to have a tablet anymore,” stated Heins. “Maybe a big screen in your workspace, but not a tablet as such. Tablets themselves are not a good business model.” It’s no surprise that BlackBerry may feel a little stingy towards the tablet market, following the company’s massive flop with the BlackBerry Playbook. From Heins’ statements, it sounds like BlackBerry doesn’t have any plans to try releasing a new tablet anytime soon.

Another interesting thing that came out of the interview was BlackBerry’s belief that it will become the leader of the mobile computing market within the next five years. “In five years, I see BlackBerry to be the absolute leader in mobile computing — that’s what we’re aiming for,” Heins said. For a company that was just recently struggling more than it ever had before and that was close to selling itself, this sounds like a bold prediction.

BlackBerry doesn’t plan to acquire this success by copying ideas from Android or iOS either. “I want to gain as much market share as I can, but not by being a copycat,” said Heins.

No iPads and we all use BlackBerrys eh? Not quite the future I was expecting.