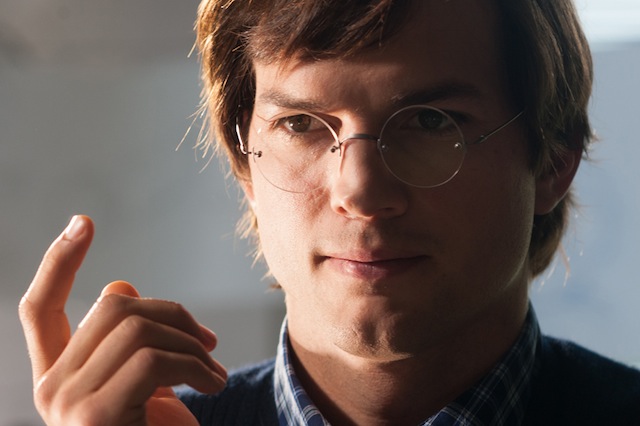 Quora is the website where anyone and everyone can ask and answer questions. Often it’s an expert in the particular field of a question that will provide an answer. Recently though, something pretty cool happened: Ashton Kutcher himself personally answered a question about his role as Steve Jobs in the upcoming JOBS film.

The question that was asked is: “Why did Ashton Kutcher decide to play Steve Jobs in the upcoming movie Jobs?” In his answer, it’s easy to see just how passionate Kutcher is about the projectand how much of himself he put into the role.

Taking on the role of Steve Jobs was clearly not something Kutcher took lightly. In his answer, Kutcher describes how far he went to understand the man that Steve Jobs was, including reading the same books, eating the same foods, and studying the entrepreneurs he admired. He studied the man himself through documentaries, speeches, and by talking to the people who knew him best. Kutcher made himself an expert on Jobs, his mannerisms, his behaviors, and his passions.

“But in the end one of the greatest tells of the man were his creations. They were elegant, intelligent, thoughtful, precise, artistic, bold, visionary, complicated, efficient, fun, entertaining, powerful, imperfect, and beautiful on the inside and out…. Just like Steve.”

It’s clear just how much Kutcher admired and respected Steve Jobs, and really wanted to show that in the film. You can read his full answer over on the Quora website.